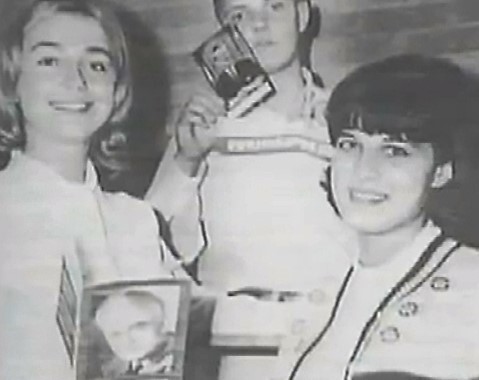 Arizona is voting in the presidential primary today. Here is an exclusive excerpt from my new book Front Row Seat at the Circus!

From the Chapter: The Highest Ceiling

While Clinton is painted as a liberal by Republicans, many are surprised to learn she actually started in politics in 1964 as a young Republican supporter of Barry Goldwater, often called the “father of modern conservatism.”

Barry Goldwater meets with Hillary Clinton shortly before the 1996 election

“His emphasis on individual responsibility was exactly in line with the way I was raised,” Clinton told me. “I supported him strongly in that election and I was a Goldwater girl.”

When her husband Bill sought reelection as president in 1996, Goldwater said of him, “If he’d let Hillary run business, I think he’d be better off. I just like the way she acts.”