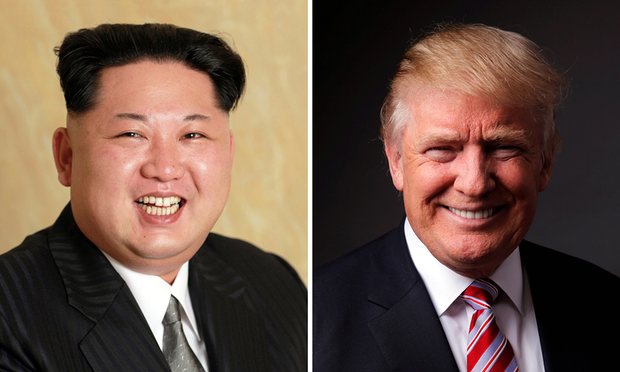 As far as newspaper endorsements go, this one’s a doozy.

It also advises, “The president that U.S. citizens must vote for is not that dull Hillary, but Trump, who spoke of holding direct conversations with North Korea.”

Trump has suggested during the campaign he would meet with North Korea’s dictator Kim Jong-un, and would remove Americans troops from South Korea.

“Trump said he will not get involved in the war between the South and the North,” the editorial states, “isn’t this fortunate from North Korea’ perspective?”

Kim Jong-un is perhaps the most brutal dictator on earth. He regularly imprisons opponents in detention camps that are similar to Auschwitz. It’s estimated that between 80,000 and 120,000 political prisoners are detained in these camps.

Jong-un also executed his uncle by locking him in a room with dozens of hungry dogs. When his aunt grieved her husbands death, he had her executed too.

In addition, Kim Jong-un believes his birth was divine, he can control the weather, and he invented hamburgers.