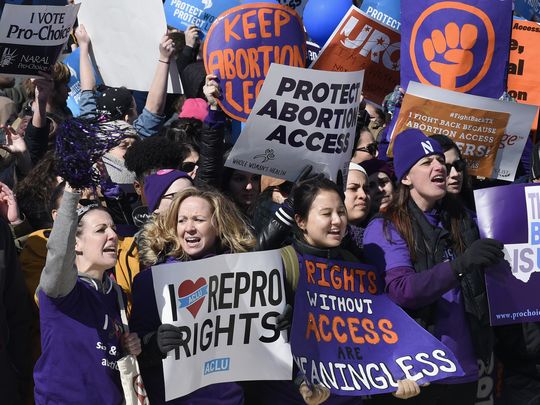 It’s not an understatement to say today’s Supreme Court ruling on abortion is the biggest legal win for the pro-choice movement in a generation.

While the high court is currently deadlocked, after the death of Antonin Scalia, with four conservative members and four liberal, justices still ruled 5-3 that an extreme Texas anti-abortion law imposed an “undue burden” on a woman’s constitutional right to an abortion.

The decision will not only block the Texas law, but likely dissuade other Republican-run states from passing similar laws. GOP legislatures across the nation have imposed around 250 restrictions in the past five years.

Justice Stephen Breyer ruled for the majority that states cannot impose restrictions that pose an undue burden on women seeking abortions without sufficient health benefits. The Texas restrictions, which threatened to close all but nine clinics capable of complying with the tough new standards, could have left the state unable to handle an estimated 65,000 to 70,000 abortions a year.

The ruling could fuel the political fight between Hillary Clinton and Donald Trump in the fall. Clinton supports abortion-rights, while Trump favors restrictions. Prior to his presidential campaign, Trump had previously favored abortion rights.