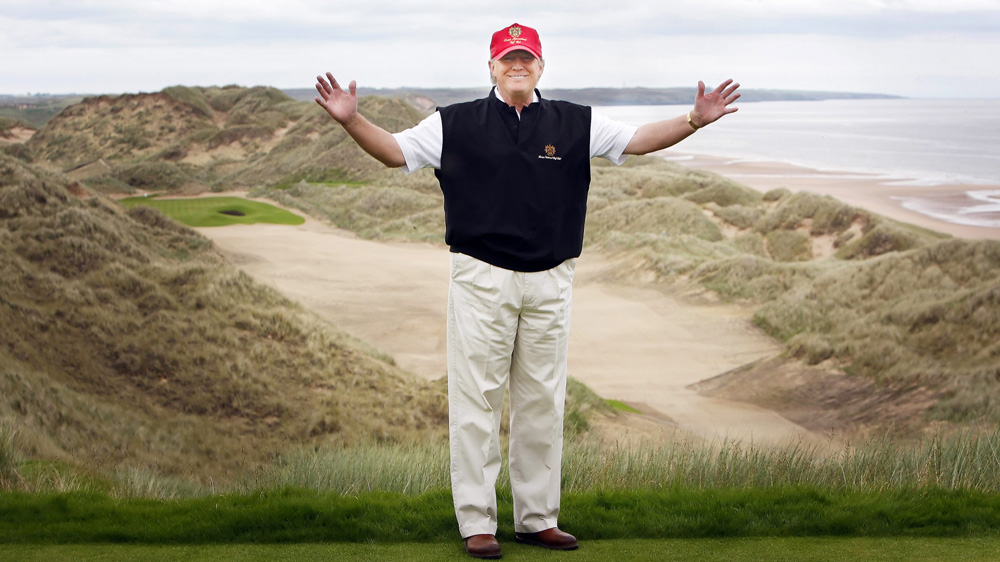 Great Britain voters just did the equivalent of building a big wall around their island, voting to leave the European Union.

The vote to exit the EU will have huge financial and political ramifications on both sides of the Atlantic.

The British markets are already taking a beating Friday morning. “It looks very likely that today will see a record fall for the pound, easily beating Black Wednesday’s move,” said Simon Derrick, of BNY Mellon. “Indeed, it seems fair to say that today will soon start to be referred to as a Black Friday for markets.”

President Obama had urged Britons to vote to remain in the EU. State Department officials are concerned that America has just lost its best friend and strongest voice at the EU headquarters in Brussels.

One American politician, however, is pleased with the vote. Donald Trump, who is taking time off from the campaign trail to be in Scotland today to open another luxury golf course, had endorsed Britain leaving the EU.

“I think the migration has been a horrible thing for Europe,” said Trump. “A lot of that was pushed by the EU. I would say that they’re better off without it. I would personally be more inclined to Leave, for a lot of reasons like having a lot less bureaucracy.”

A spokeswoman for the presumptive Republican presidential nominee said Thursday, “America is here because of its own little Brexit.”

Trump’s brand of nationalism (put America first) and fear is what worked for Leave backers in Britain. The results will be looked at closely by US political strategists in both parties with an eye on the November election.

The International Monetary Fund released a report that found leaving the EU would primarily hurt the U.K. economy, it could affect the U.S., too — particularly if there’s a significant negative market reaction.