The Clinton Dark Cloud Is Looming 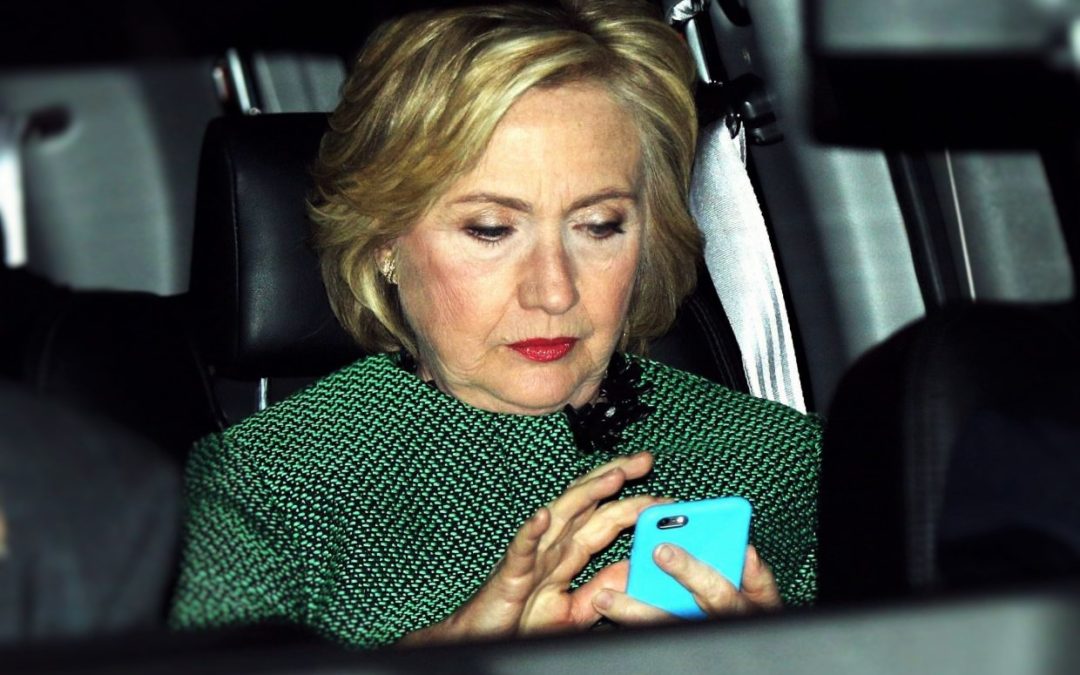 The warm summer sun is feeling good for Hillary Clinton. Her presidential campaign is humming along despite the historical fact it is rare for one political party to win three elections in a row. Her lead in national polls is expanding. She now leads in all the key battleground states, including Florida and Ohio. Her fundraising advantage over billionaire Donald Trump is a remarkable 9-to-1.

It’s going so well that political statistician Nate Silver says no presidential candidate with a lead this huge has lost a presidential election since Michael Dukakis went down like the Hindenburg nearly thirty years ago. Silver now projects the odds of a Clinton win at 79 percent.

Still, even with all that sunshine, Democratic strategists can’t shake the feeling that one big dark cloud is lingering. Bernie Sanders senses it. Republicans do too. A cloud capable of creating a severe storm large enough to wipe out the Clinton nomination and leave the Democratic party in chaos.

Hillary Clinton’s life long dream of becoming Commander in Chief, when history looks back at 2016, could come down to a decision by the Federal Bureau of Investigation. Before we answer who is the true front-runner in this race, these two questions must be answered:

Clinton has spent months dismissing her email controversy. She has apologized for using a private email server, stating it was a mistake and telling voters, “I’m sorry about that. I take responsibility.”

Republicans in the House made her sit for eleven hours and testify before a congressional committee last fall. Sanders, to the disbelief of many of his supporters, refused to use it as an issue in the primaries. Earlier this week, the GOP House committee’s final report on Benghazi was released, leaving her relatively unscathed. It did not, as her fiercest critics have, blame her for the death of four Americans in Libya.

But even as she has cleared all those obstacles, an F.B.I. recommendation to the Justice Department to indict her could prove lethal with critical independent voters (and a steady number of never-Trump Republicans) in battleground states. Even if the Justice Department decides not to follow the F.B.I.’s recommendation, her judgement and leadership, or lack thereof, will be fair game for Trump and Republicans to exploit. You can imagine how brutal the campaign ads against her will be come October.

Clinton aides know the stakes and are clearly frustrated with the timing of all this. The F.B.I. decision could drag on beyond next month’s Democratic convention. The dark cloud could hover even as Clinton delivers her acceptance speech.

The fact is it’s a potential game-changer and it could sink Clinton’s presidential dreams, even against a remarkably inexperienced political opponent.

Not helping matters, earlier this week Attorney General Loretta Lynch met privately with former president Bill Clinton on a plane in Phoenix. That has set off a political firestorm, even as Lynch claimed the emails were not discussed.  The appearance of the two huddled together privately seemed inappropriate at best. Still, it is the F.B.I. decision that has the Clinton team holding their breath.

Legal experts are mixed on a possible indictment, with both sides pointing to various legal precedent. One conservative attorney told me he doesn’t feel an indictment is coming because “the Justice Department would then have to prosecute half the federal government for lack of web security.” Several other legal experts, however, pointed out to me that the F.B.I. is probably taking so long with their investigation because the emails pertaining to the State Department and the Clinton Foundation are “problematic.”

I’ve also been asking computer security experts for months whether they feel what Clinton did with her emails and private server will land her in legal trouble. Putting all of the political noise aside, there is general consensus it will not.

Knight, who founded Dirtsearch.org, said it’s likely the 60-something Clinton told her staff from the beginning that she wanted the ease of sending emails from her home and cell phone, just as she had as a senator. Allowing her to do it, Knight says, should be blamed on her IT staff because”they are the responsible party in this scenario and probably should be prosecuted.”

Bryan Pagliano, who set up Clinton’s server in her New York home at the start of her tenure as secretary of state, has invoked the Fifth Amendment and refused to answer legal questions.

Like many web experts, Knight said if Clinton’s emails had proven to have caused national harm she should be indicted.

“But as far as I know there are no copies of her data out there,” said Knight. “It really sounds like she got incredibly lucky. If it was in the wild it would probably already be online somewhere for sale. That data would be a huge payday if someone has it.”

The investigation, which has lasted over a year, could soon wrap up with government lawyers interviewing Clinton.  F.B.I. Director James Comey has insisted that his bureau conducts its investigations without regard to the political calendar.

If the F.B.I. recommends an indictment, but the Justice Department fails to prosecute, Republicans will rightfully cry foul. That scenario would almost guarantee that independents and undecided voters in key battleground states, who already share the anti-establishment mood, will give Trump a new look. If Clinton is indicted she no doubt will consider dropping out of the race, leading to party chaos. Either way the chances of Democrats keeping the White House goes down considerably.

Make no mistake about it. The coming F.B.I. decision will have a profound impact on this presidential race. If America’s top law enforcement agency indicts Clinton the dark cloud becomes a deadly storm for her campaign. If, however, the F.B.I. concludes the emails are not indictable, Hillary R. Clinton is likely to experience plenty of sunshine all the way to November.