An American Hero Even If Trump Can’t Say It 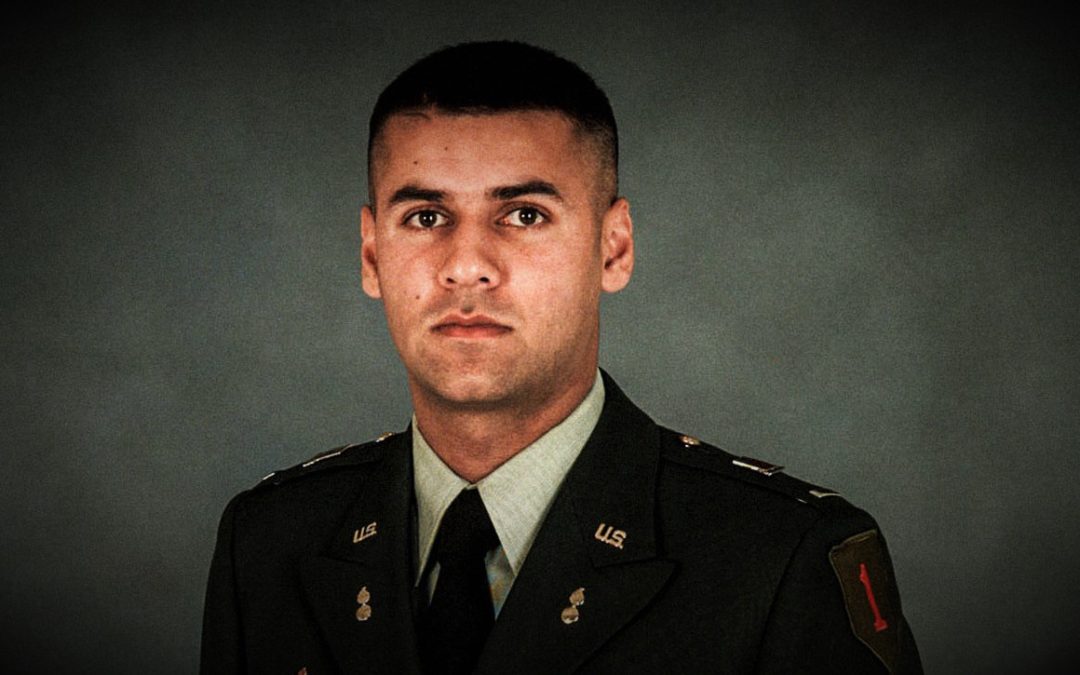 They saw an orange-colored taxi quickly approaching the gate being guarded at their base in Baquba, Iraq on June 8, 2004.

Khan took ten steps forward to investigate. When he reached the taxi, two Iraqis inside detonated a suicide bomb.

The 27 year old was killed instantly, defending the freedoms of every man and woman in the United States. His government posthumously awarded him with the Purple Heart and the Bronze Star.

“He died selflessly and courageously, tackling the enemy head on. We will not forget him and the noble ideas he stood for,” said Khan’s commanding officer, LT. Col. Dan Mitchell.

Cap. Humayun Khan was an American hero. By every definition of the word.

And he was a Muslim.

The most dramatic moment at either political convention happened Wednesday night when Khan’s parents, Khizr and Ghazala, stood before the nation. The Khan’s had come to America from the United Arab Emirates when Humayun was 2 and settled in Virginia.

Khizr, who did not use notes or the teleprompter, spoke to the Democratic delegates in response to Donald Trump’s call for a temporary ban on all Muslims entering the United States.

“Donald Trump, you are asking Americans to trust you with our future,” said Khan as he pulled a copy of the U.S. Constitution from his suit pocket. “Let me ask you: Have you even read the U.S. Constitution? In this document, look for the words ‘liberty’ and ‘equal protection of law.’”

As the crowd roared, Khizr looked at the camera and calmly added, “If it was up to Donald Trump, my son would never would have been in America. Have you ever been to Arlington Cemetery? Go look at the graves of the brave patriots who died defending America — you will see all faiths, genders, and ethnicities. You have sacrificed nothing and no one.”

It was a stinging response from the family of an American hero.

When asked to respond, Trump did not thank the Muslim war hero who had died for his country. He did not acknowledge the sacrifices made by our brave American men and women of all different religions and backgrounds.

Instead Trump suggested that Ghazala had been prevented to speak.

“If you look at his wife, she was standing there,” said Trump. “She had nothing to say. She probably, maybe she wasn’t allowed to have anything to say. You tell me.”

A remarkably shallow response from a presidential candidate. A candidate who is hoping there are enough angry white voters who will make him Commander in Chief.

Ghazala said, in response to Trump, that she still cannot look at her sons picture without sobbing. She says she is still unable to speak about his death in public.

A month before he died, Humayun called his mother from Iraq.

The headstone at grave 7986 in Section 60 at Arlington National Cemetery reads:

Trump, who received four draft deferments during the Vietnam War, still has not acknowledged that men and women of different backgrounds and religions have died fighting for our freedom.

And he still hasn’t answered the question posed by Khizr Khan: What, exactly, has he sacrificed for his nation?