Hillary Has A Nader Problem 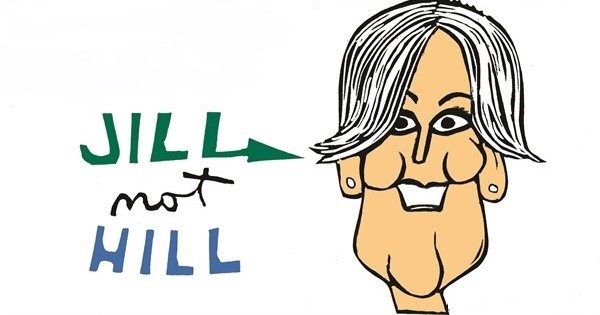 New polls released today by Quinnipiac University show the presidential race so close in the top two battleground states that it’s within the margin of error.

However, if you award Green Party candidate Jill Stein 5 percent in both states, Trump pulls ahead and wins the election.

The thought of a Green nominee playing spoiler brings back nightmares for Democrats.

Sure, Nader has always denied responsibility, but it’s exactly what happened.

Gore beat Bush in the national popular vote, but he lost Florida by 537 votes.

Nader received 97,488 votes in the Sunshine State and exit polls showed nearly half of his supporters would have voted for Gore in a two-man race.

Only twenty percent would have backed Bush. Gore needed 600 votes to become Commander In Chief, and Nader held 26,000 of them.

It was a case of green beating blue.

And while Nader supporters didn’t like Bush, they never seemingly regretted helping put him in the White House.

Could history repeat itself in 2016?

Earlier this week, Clinton’s primary opponent Bernie Sanders stood by her side in New Hampshire and endorsed her.

Sanders, the independent socialist, explained to his supporters that only unity will prevent a Trump presidency.

But Green Party nominee Jill Stein, like Nader before her, wasted no time calling Sanders a sell-out and encouraging his voters to join her campaign.

Let’s keep the revolution going & build it into the powerful force for transformative change that it is becoming. Together we’re unstoppable

“If you don’t want to vote for a warmonger or racist billionaire, there are more options,” said Stein. “People are voting for Clinton because they fear Trump. And visa versa. But democracy is not what we don’t want. Democracy needs a moral compass of what we do want.”

Thousands of Bernie supporters, who have not warmed to Clinton, are expected to rally on his behalf during the Democratic National Convention in Philadelphia.

It may be a perfect opportunity for Stein, and her supporters, to make the case to disillusioned millennial progressives.

She is already making the case on social media:

I wish Hillary believed what you believe, @BernieSanders. But it just doesn’t pass the laugh test.

The policies Hillary fought for – along with Bill – have been foundations of the economic disaster most Americans are still struggling with.

Berners, I repeat: this isn’t the end. Not by a long shot. Together we can keep the political revolution going. We don’t need the Democrats.

The Green Party will not be on the ballot in all 50 states this November, but it will be in the key battlegrounds.

If Stein can match the Nader numbers in a close race in Florida and Ohio she will no doubt tip the election to Trump.

And probably not feel too bad about doing so.