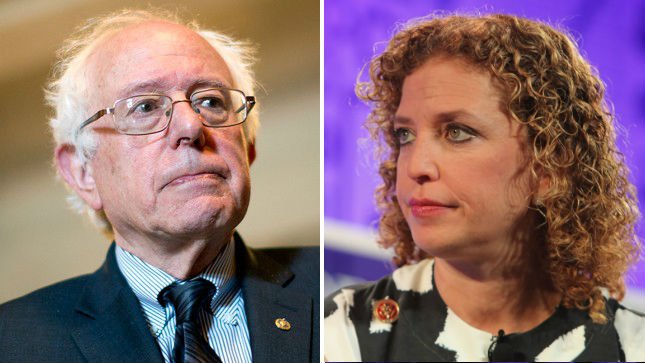 The chair of the DNC, Rep. Debbie Wasserman-Schultz, never publicly denied she didn’t prefer Hillary Clinton to be the nominee. And that really isn’t that shocking. Sanders, after all, has spent most of his lengthy political career as a registered independent, not a Democrat.

In an email from May, Wasserman-Schultz wrote that Sanders “isn’t going to be president” and in another email from April she writes that he “has no understanding of the Democratic Party.”

In retaliation, Sanders has endorsed Wasserman-Schultz’s primary opponent in Florida.

If you’re a Sanders supporter her views will, no doubt, make you angry. But it is hardly uncommon for the establishment of both major parties to work actively to back one of their own.

Sanders and his campaign had complained for months that the DNC had been working actively against them. We now know that’s true.

The leaks, from January 2015 to May 2016, feature seven Democratic officials debating everything from Sanders faith, to how to deal with challenging media requests, to coordinating the committee’s message with other powerful interests in Washington.

In an email from early May, the DNC’s CFO Brad Marshall wrote about a plan to question Sanders’s religion, just in time for the southern primaries. While the email doesn’t mention Sanders by name, it talks about a man of “Jewish heritage” who Marshall believes is actually an atheist.

Another email from DNC press secretary Mark Paustenbach to communications director Luis Miranda suggests planting a narrative to the media that “Sanders’s campaign was a mess.”

An attorney, in another email chain, advised the DNC on how to respond to a dispute between the two campaigns over how much money Clinton’s operation had raised for state parties. The Sanders’ camp charged that Clinton’s team was not handing over its fair share, which Sanders’ campaign manager Jeff Weaver said was “laundering” and “looting.”

Weaver says he is “disappointed”after reading some of the emails, and that “someone does have to be held accountable.”

Weaver said the emails showed misconduct at the highest level of the staff within the party and that he believed there would be more emails leaked, which would “reinforce” that the party had “its fingers on the scale.”

WikiLeaks published the 20,000 emails just hours before the start of the Democratic National Convention, billing them as part of its “new Hillary Leaks series.”

Hacker Guccifer 2.0, who recently breached the DNC servers, confirmed via electronic message that the emails came from that hack. Email hacking is a cybercrime and people criminally charged may face prison time and fines.