The Only Islamic Democracy Is Failing 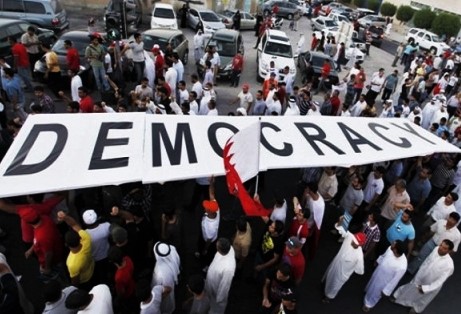 Is Islam compatible with democracy?

Those who have argued yes have always pointed to the government of Turkey, the only nation in the Muslim world that accepts the concept of separation of church and state. Islam and Sharia law are not part of the Turkish constitution.

Former President George W. Bush was a huge fan of Erdogan, and had hoped that Iraq would use Turkey as a model to set up a new government after the U.S. invasion in 2003. Former Secretary of State Hillary Clinton said in 2011 that other nations in the region needed to “learn the lessons that Turkey has learned and is putting into practice every single day.”

But that was then, this is now.

In the past few years Erdogan has moved steadily toward a more authoritarian state. He has adopted a tougher stand with Israel and become more friendly with Iran. His ruling party has limited alcohol sales and lifted a ban on head scarves and veils in government jobs.

More concerning, free speech is under threat. Access to the internet is regularly blocked. As of last year, there were more journalists in jail in Turkey than in any other country. Erdogan has been jailing his political and business opponents, while controlling the national media.

Polls show that a growing majority of Turkish Muslims do not support western style democracy. Most want to see the government adopt Sharia law. So the military coup today against the Erdogan government could have been the last gasp for true Turkish democrats.

The ramifications for American interests all point to them being extremely negative. Turkey has been a key ally in the ongoing war against ISIS. An unstable Turkey in an unstable region can only lead to trouble.

When Erdogan turns this attempted coup into a final crackdown on the military and media, and he rewrites the constitution, it will answer the question on whether Islam is compatible with democracy.

Sadly for freedom loving people, the answer will be “no.”