Trump Is Right About Air Force One 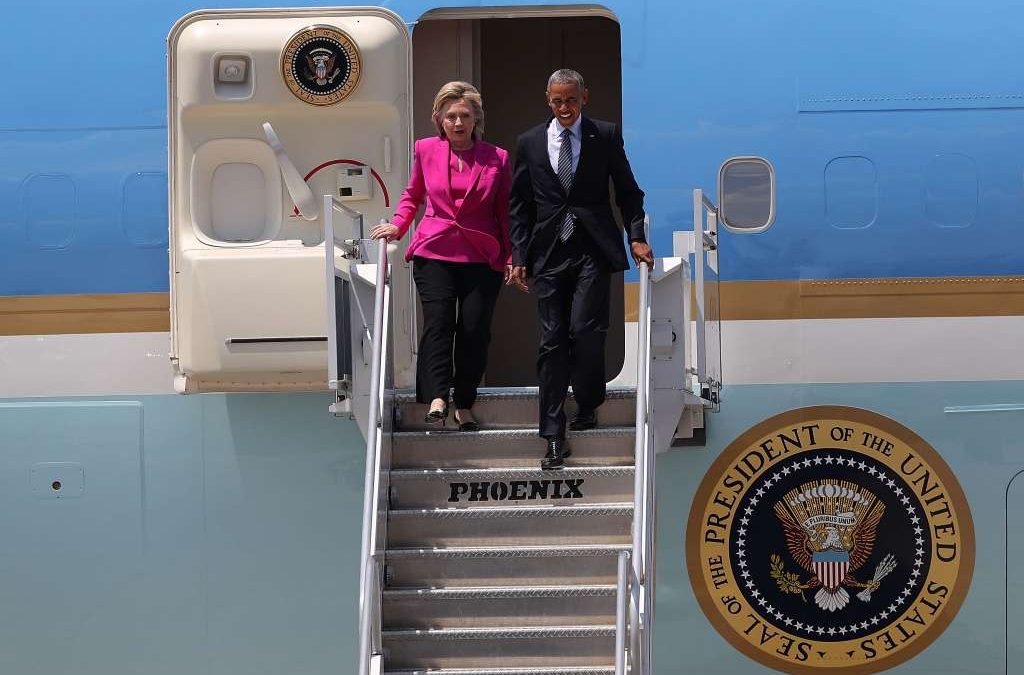 President Obama has started campaigning for Hillary Clinton, and Donald Trump is asking why taxpayers are footing the bill for the use of Air Force One.

That is a perfectly reasonable and important question to be asking.

A government plane funded by taxpayers should never be used in partisan political events. There is a reason why campaigns are responsible for raising their own funds, and this should be one of them.

The White House has responded that a “portion” of the tab will be picked up by the Democratic National Committee as required by law. But that’s a bit laughable. There is no transparency in knowing how much the DNC will pay back, and it’s probably very small compared to the estimated $400,000 tab it takes to securely get a president from Washington, D.C. to Charlotte, North Carolina.

Americans deserve to know their tax dollars are not being used for political purposes, and our current law doesn’t do enough to address it.

Mark Knoller of CBS News has complained about the lack of transparency in this administration for a long time.

For 7 years, the WH has repeatedly refused to disclose its method of calculating costs of pres political travel that must be reimbursed.

The WH has repeatedly refused CBS News requests for an itemized accounting of the costs of presidential political travel & reimbursements.

As I wrote in my book Front Row Seat at the Circus, the Obama presidency will not go down in history as an administration known for its transparency and accountability:

President Obama would end his first term by having held the fewest press conferences in history. He would rarely sit down with reporters for in-depth interviews, instead flying-in local news anchors from key battleground states and cities for four-minute chitchats on whatever issue he was working on that the campaign believed played well back home.

Remember how poorly my interview ended in 2007 when I took a few extra minutes with candidate Obama? Now as president, Obama’s ability to filibuster short interviews was becoming legendary. While Republicans grumble that Obama and the press are too tight, in reality, he doesn’t think any more highly of reporters than most conservatives do.

For our part, journalists and transparency advocates are not huge fans of his White House, which curbs routine disclosure of information and attempts to avoid any scrutiny. In fact, in 2015 the Associated Press concluded the Obama administration “more often than ever” censored government files or outright denied access to them under the U.S. Freedom of Information Act. “What we discovered reaffirmed what we have seen all too frequently in recent years,” said Gary Pruitt, AP’s chief executive. “The systems created to give citizens information about their government are badly broken and getting worse all the time.”

More concerning is the prosecution of whistleblowers during Obama’s presidency and increased electronic surveillance programs to track down government employees who speak to the press. Robert Greenwald, director of the film War on Whistleblowers told me: “Journalists more and more are being targeted, are being threatened, pressure is being put on them. The Obama administration is literally punishing the whistleblowers, trying to pass laws that make it harder for whistleblowers, and the danger is the only way we find out about the national security state is by these people coming forward.”

Government transparency is not likely a word that future historians will attach to the Obama legacy.

The Clinton campaign could take a huge step here and volunteer to reimburse the government for the presidential entourage in Charlotte.