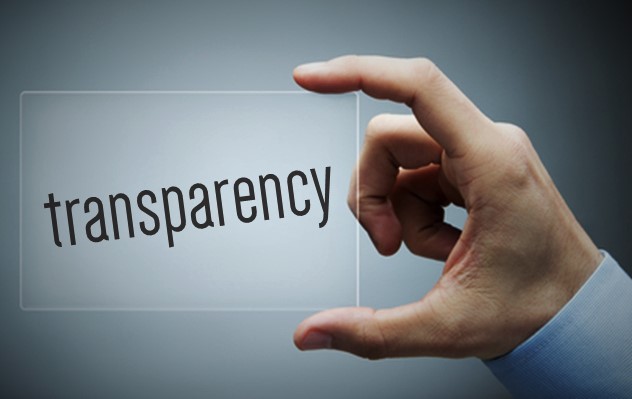 The State Department admitted back in June that someone in the agency tampered with a taxpayer funded tape, editing out a question and answer it didn’t like from a press conference.

But in a remarkable press conference today, agency spokesman John Kirby said the results from an investigation — into how it happened, and who is responsible — were “inconclusive.”

Inconclusive? All you have to answer is who ordered the tape to be edited and who did the editing?

Claiming “inconclusive” after 60 days — when it should have taken six minutes — is the equivalent of an Olympic swimmer trying to cover up a drunken night of shenanigans by claiming to have been robbed.

The American people deserve better than the complete lack of transparency we are receiving in this incident. Dismissing it so easily is unacceptable and downright dangerous in a free society.

Back in 2013, Fox News reporter James Rosen asked State Department spokeswoman Jen Psaki whether there had been secret negotiations between the U.S. and Iran. Psaki responded, “There are times where diplomacy needs privacy in order to progress.”

Her answer is important because many believe that former spokesperson Victoria Nuland had misled reporters during a 2012 briefing by denying the existence of government to government discussions between the U.S. and Iran.

The exchange between Rosen and Psaki was edited out of the official video record – deliberately removed at the request of a person within the agency. Eight minutes of a blank screen appeared. When asked about it later, Psaki claimed there had been a “technical glitch.”

But in June, new State Department spokesman John Kirby admitted, “There was a deliberate request to delete the footage, this wasn’t a technical glitch.”

He promised an investigation, but today told reporters it was “inconclusive.”

“I understand these results may not be completely satisfying to everyone,” said Kirby. “I think we would all prefer to arrive at clear and convincing answers, but that’s not where the evidence or the memories of so many employees about an event that happened more than 2½ years ago have taken us.”

I’ve worked in media, and around editors, for nearly two decades and can assure you everyone would remember if a call came in “from above” to edit a live press conference. In media, someone would likely lose their job for altering it.

In this administration, however, everyone apparently looks the other way.

Sadly, making a case for transparency in this administration has been a struggle for the press. As I wrote in my book Front Row Seat at the Circus:

President Obama would end his first term by having held the fewest press conferences in history. He would rarely sit down with reporters for in-depth interviews, instead flying-in local news anchors from key battleground states and cities for four-minute chitchats on whatever issue he was working on that the campaign believed played well back home.

Remember how poorly my interview ended in 2007 when I took a few extra minutes with candidate Obama? Now as president, Obama’s ability to filibuster short interviews was becoming legendary. While Republicans grumble that Obama and the press are too tight, in reality, he doesn’t think any more highly of reporters than most conservatives do.

For our part, journalists and transparency advocates are not huge fans of his White House, which curbs routine disclosure of information and attempts to avoid any scrutiny. In fact, in 2015 the Associated Press concluded the Obama administration “more often than ever” censored government files or outright denied access to them under the U.S. Freedom of Information Act. “What we discovered reaffirmed what we have seen all too frequently in recent years,” said Gary Pruitt, AP’s chief executive. “The systems created to give citizens information about their government are badly broken and getting worse all the time.”

More concerning is the prosecution of whistleblowers during Obama’s presidency and increased electronic surveillance programs to track down government employees who speak to the press. Robert Greenwald, director of the film War on Whistleblowers told me: “Journalists more and more are being targeted, are being threatened, pressure is being put on them. The Obama administration is literally punishing the whistleblowers, trying to pass laws that make it harder for whistleblowers, and the danger is the only way we find out about the national security state is by these people coming forward.”

Government transparency is not likely a word that future historians will attach to the Obama legacy.

The American people still need to know who requested a press conference tape be edited, and portions deleted. Until then, all other answers are “inconclusive” and “unacceptable.”