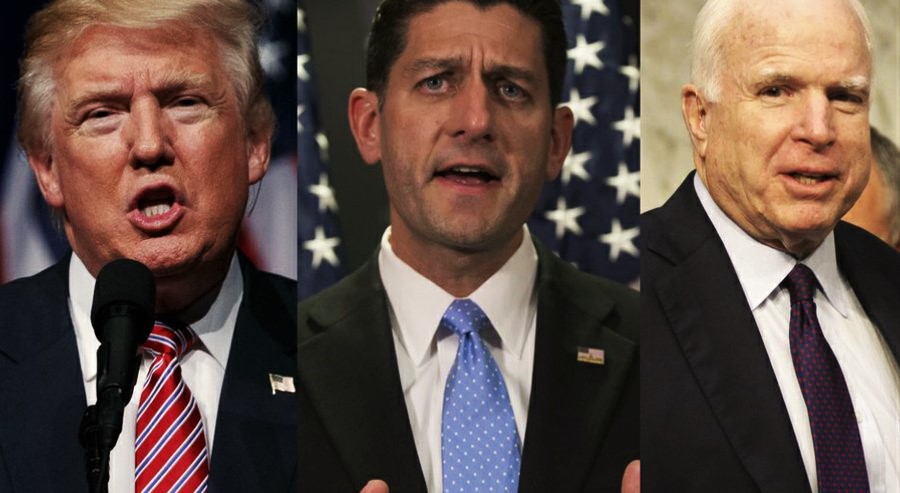 The Republican Party presidential nominee Donald Trump says he will not back House Speaker Paul Ryan or Senator John McCain in their upcoming primaries.

Trump has claimed that Ryan has sought his endorsement, but the Ryan campaign strongly denies it.

“Neither Speaker Ryan nor anyone on his team has ever asked for Donald Trump’s endorsement,” said Zack Roday, a Ryan campaign spokesman. “And we are confident in a victory next week regardless.”

On McCain, Trump says, “I’ve never been there with John McCain because I’ve always felt that he should have done a much better job for the vets.”

Last year, Trump said McCain was not an American hero because “he got captured” after he was shot down and taken prisoner in Vietnam. Trump received four draft deferments to avoid military service during that same war.

Both Ryan and McCain — who have endorsed Trump — face long-shot opponents in their primaries. They have been highly critical of Trump on statements he’s made about Muslims, and a federal judge of Mexican heritage. More recently both have defended a Gold Star family against comments by Trump.