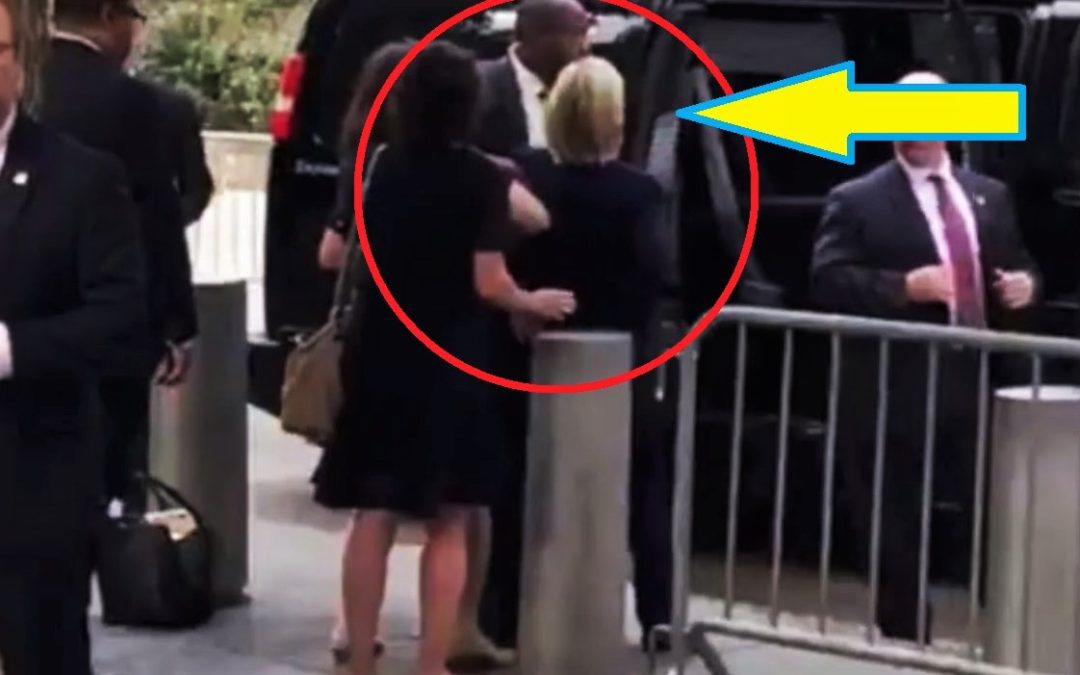 Hillary Clinton was diagnosed with pneumonia on Friday, according to her doctor, but still insisted on attending the 9/11 memorial in New York City this morning.

It turned out to be a public relations nightmare for her campaign.

About one hour into the outdoor ceremony, and an hour earlier than Clinton was expected to leave, she hurried to a curb, extremely unsteady and supported by an aide, and collapsed into the arms of her secret service detail while waiting to step into her protected vehicle.

From another angle you can see an aide clearly holding Clinton up before she stumbles and is lifted into the vehicle by Secret Service.

A couple hours later Clinton emerged from her daughters apartment saying she felt “great” but without any explanation of what had happened.

Hours later Clinton’s personal doctor, Dr. Lisa Bardack, said in a prepared statement that the candidate, “has been experiencing a cough related to allergies,” and that she was diagnosed with pneumonia on Friday “during follow up evaluation of her prolonged cough.”

Clinton was being treated with antibiotics and had been “advised to rest and modify her schedule.”

There are questions about why it took so long for the Clinton campaign to release information about the pneumonia if the diagnosis was two days ago. Why didn’t she just say that when asked by reporters earlier?

More troubling is how Clinton left in her motorcade without the reporters who are designated to travel with her in public. For over an hour the press had no clue where she was or what was wrong.

Her constant cough has provided speculation on her health for months. A chronic cough caused by acid reflux is common, but fainting in public is not. With Trump and her opponents hammering her stamina, Clinton must start answering more questions in a timely manner.

Health can be a determining factor in how national elections turn out. Ask Jimmy Carter who fainted while jogging as he prepared for a reelection campaign.

Perceived bad health can be a killer at the ballot box.