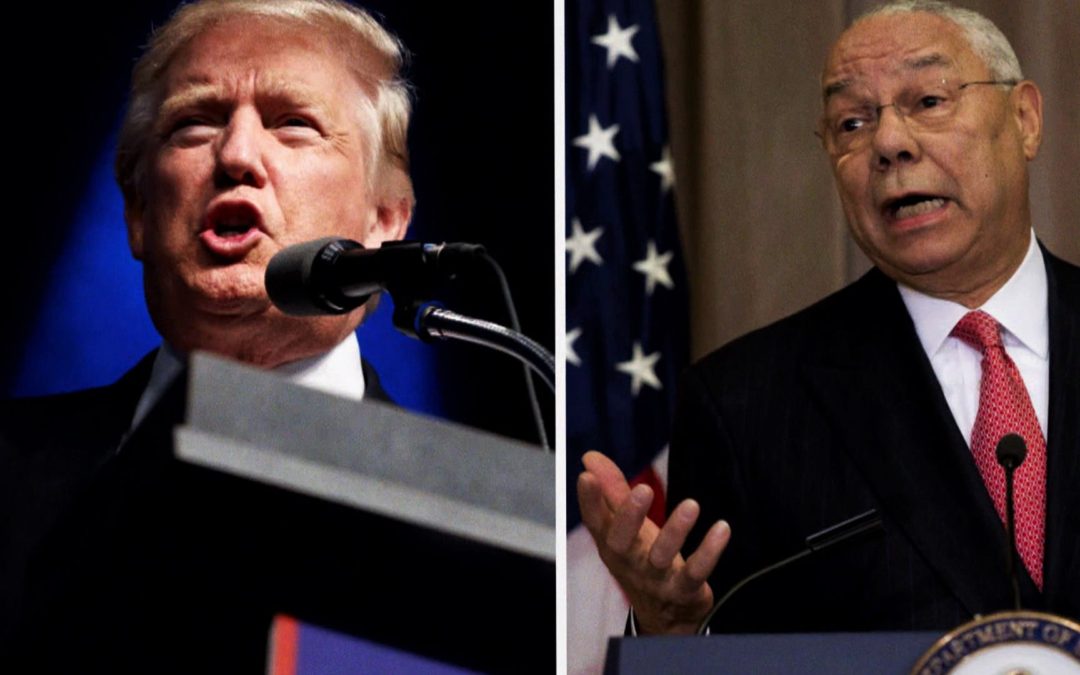 Former Secretary of State Colin Powell, in a series of emails, slammed Donald Trump as a “national disgrace” and “international pariah” who also embarked on a “racist movement” against President Obama.

Powell, a veteran of three Republican administrations who briefly considered seeking the GOP presidential nomination in 1996, sent the emails to a former press aide this summer. In a statement late today Powell confirmed the emails are his.

In June he wrote that Trump “is in the process of destroying himself, no need for Dems to attack him.”

Buzzfeed reports that the website DCLeaks.com, which has ties to Russian intelligence services, obtained Powell’s emails.

In an email last month, Powell blasted Trump for embarking on a “racist” movement that believes President Obama was not born in the US.

“Yup, the whole birther movement was racist,” Powell wrote. “That’s what the 99% believe. When Trump couldn’t keep that up he said he also wanted to see if the certificate noted that he was a Muslim.”

Powell also lampooned Trump’s proposal that he could win over African-American voters. “For him to say yesterday that within four years he would have 95% of blacks voting for him is schizo fantasy.”

Powell went on to write that Trump’s reported adviser, Roger Ailes — the former chair and CEO of Fox News who left the company after allegations of sexual harassment — wouldn’t help Trump with winning over women voters.

“And Ailes as an advisor won’t heal women, don’t you think?” Powell wrote. He also added that Trump “has no sense of shame.”

Powell endorsed Barack Obama in 2008 and 2012. He is not close to Hillary Clinton and has been irritated by her ongoing “hubris” over her private email server.

Powell joins a long list of Republicans who have condemned Trump throughout the year.