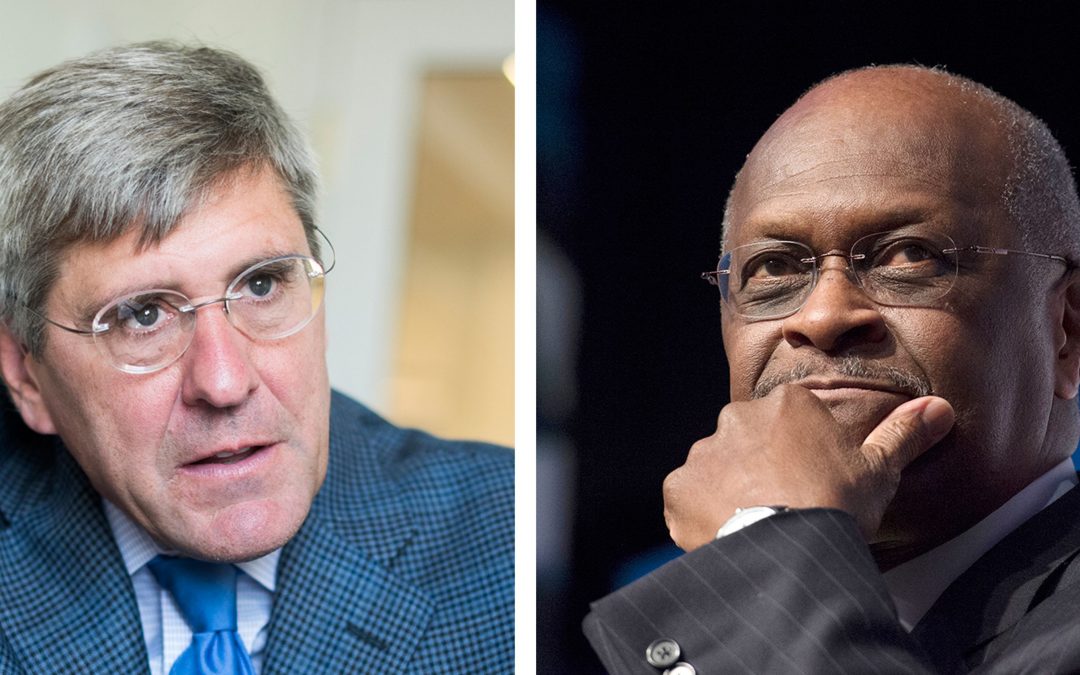 Embattled Federal Reserve pick Herman Cain says he is withdrawing his name from consideration for a seat on the bank’s powerful board of governors for a simple reason: He doesn’t want a pay cut.

He did not mention the mountain of sexual harassment allegations that have surrounded him since his 2012 presidential campaign.

In a blog post on conservative news site the Western Journal, Cain wrote that he had spent the weekend reconsidering his interest in a nomination.

“Without getting too specific about how big a pay cut this would be, let’s just say I’m pretty confident that if your boss told you to take a similar pay cut, you’d tell him where to go,” Cain wrote.

Salaries of board members are set annually by Congress.

Cain was named in early April as the second of President Trump’s picks for two open seats on the influential Fed board, which sets US interest rate policy, along with economic commentator Stephen Moore.

But Cain’s nomination has been shadowed by the revival of sexual harassment allegations, which Cain has steadfastly denied.

His path to confirmation was thrown into doubt after four Republican senators said publicly they would not vote to confirm him, but Cain said as recently as last Thursday that he would not drop out of contention.

Trump called Cain a “truly wonderful man” in a tweet.

My friend Herman Cain, a truly wonderful man, has asked me not to nominate him for a seat on the Federal Reserve Board. I will respect his wishes. Herman is a great American who truly loves our Country!

Now the spotlight moves to Moore, who faced scrutiny today for a series of magazine columns that denigrated women, including his then-wife.

Moore has called the writings jokes, but the criticism suggests that questions of harassment and sexism could prove more consequential for Trump’s nominees than interest rates and other policy issues.

Trump himself has faced down accusations of sexual assault and crude sexual commentary.

But unlike Moore and Cain, he did not face a Senate confirmation vote.

In Moore’s columns, published by the conservative magazine National Review, he complains that women are “sooo malleable” because his then-wife voted for a Democrat, based on a campaign commercial.

In other pieces, Moore says female tennis players “want equal pay for inferior work” and says it is a “travesty” that women want to play pickup basketball with men.

He calls for women to be banned from the N.C.A.A. men’s basketball tournament, unless they are as attractive as the C.B.S. sports journalist Bonnie Bernstein, who, he writes, “should wear a halter top.”

“Here’s the rule change I propose,” Moore wrote in 2003. “No more women refs, no women announcers, no women beer vendors, no women anything. There is, of course, an exception to this rule. Women are permitted to participate, if and only if, they look like Bonnie Bernstein. The fact that Bonnie knows nothing about basketball is entirely irrelevant.”

He lamented, “Is there no area in life where men can take vacation from women? What’s next? Women invited to bachelor parties?”