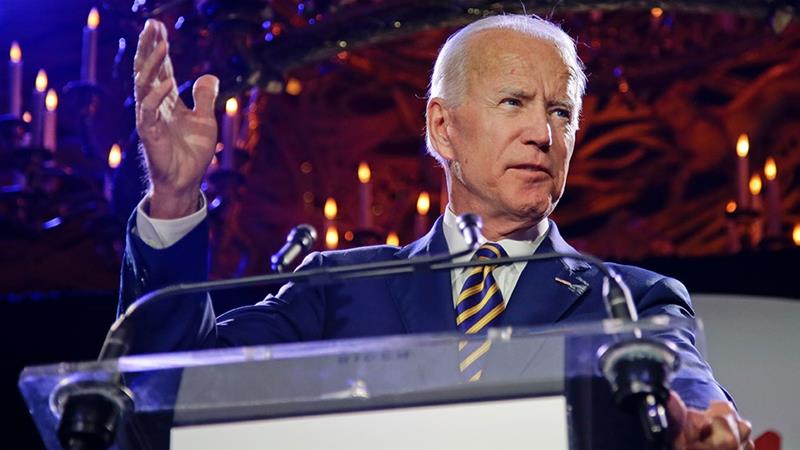 Biden, who entered the Democratic primary contest on Thursday among its frontrunners, received 107,431 online donations from 96,926 individual donors across 50 states, with an average contribution size of $41, his campaign said.

The massive fundraising haul surpassed the previous record set by former Rep. Beto O’Rourke (D-Texas), who raked in $6.1 million in the first 24 hours after announcing his presidential bid last month.

The total for Biden signals that despite months of delaying a presidential announcement, he enters the race with a strong ability to raise crucial campaign cash.

“We are incredibly heartened by the energy and enthusiasm displayed throughout the country for Joe Biden,” Kate Bedingfield, Biden’s deputy campaign manager and and communications director, said in a statement.

“It is crystal clear from the last 24 hours that Americans are ready for dignified leadership, someone who can restore the soul of the nation, rebuild the middle class so everyone gets a fair shot and unite the country behind the core values we all believe in,” she added. “That person is Joe Biden, and today’s announcement demonstrates Americans agree.”

The fundraising numbers released by Biden’s campaign on Friday also suggest that the former vice president will likely be competitive in the race among candidates to win over small-dollar donors.

Ninety-seven percent of online donations to Biden’s campaign were under $200, the campaign said.

While Biden’s 24-hour fundraising total may have been the most of any Democratic candidate so far, Sanders outpaced him in the total number of donors, gathering contributions from roughly 223,000 individuals in his first day on the campaign trail.

Other presidential contenders reported strong 24-hour fundraising totals of their own, including Sen. Kamala Harris (D-Calif.), who brought in $1.5 million in her first 24 hours as a presidential candidate.

Unlike many of his opponents, who have focused heavily on gathering small-dollar donations, Biden is expected to also lean heavily on a cadre of high-dollar donors and fundraisers to power his presidential bid.

Still, Biden has followed the lead of other 2020 hopefuls by swearing off campaign cash from corporate political action committees and contributions from federal lobbyists.

The staggering first-day fundraising haul is likely to quell concerns among some Biden allies that the former vice president was starting his campaign at a fundraising disadvantage, because of his relatively late entrance into the race and his years-long absence form electoral politics.

He still has the same donor and email lists that helped his 2008 and 2012 tickets with former President Obama rake in cash. But Biden’s campaign said Friday that 61 percent of the total money raised came from new donors who did not originate from existing email lists.

Several other 2020 hopefuls, including Sens. Elizabeth Warren (D-Mass.) and Kirsten Gillibrand (D-N.Y.), had millions of dollars left in their Senate campaign accounts that they were able to transfer into their presidential operations. Biden, who hasn’t been on a ballot since 2012, did not have such money waiting in the wings.

Biden entered the presidential race yesterday, with his campaign releasing a video message of the former vice president saying that the country cannot afford another four years of Trump.