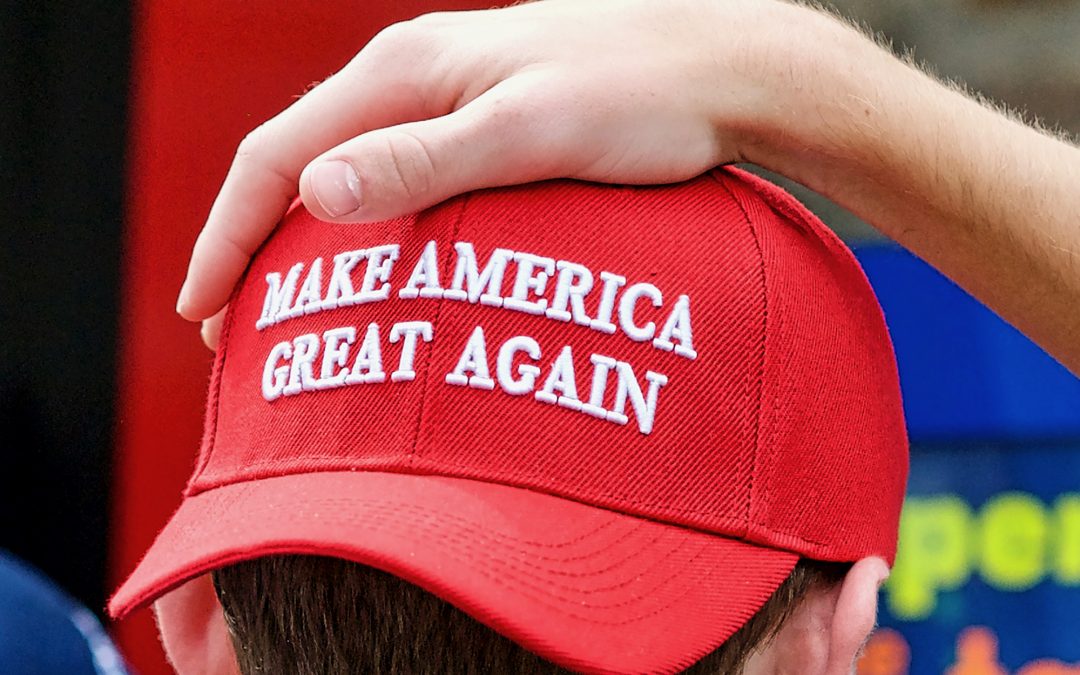 President Trump’s re-election campaign manager, Brad Parscale, said that the campaign had sold almost a million MAGA hats, citing the milestone as evidence that Trump had redefined the art of electioneering.

Parscale said that voters “want to be part of an activity…they want to be involved.”

One example was the campaign to send House Speaker Nancy Pelosi foam bricks—labeled with donors’ names—during the partial federal government shutdown at the start of the year over funding for Trump’s long-promised border wall.

Parscale said a tactic like that could earn the campaign between $3 million and $4 million.

“It’s a way for them, somewhere in the middle of Nebraska, who is so far from the system but wants to be involved. This is a way for them to put $25, $40 dollars and say, ‘Look, I want to make a difference.’”

Trump merchandise has become a key manifestation of this strategy, Parscale explained.

“We do that with T-shirts, we do that with hats,” he said, noting that the controversial MAGA hats that have become synonymous with Trump’s base have brought in millions of dollars.

“We’re closing in on selling our one millionth red MAGA hat. You know those are 45 bucks a piece. You do the math there really quick, it’s $45 million. So those kind of things—this president has changed the game in the way merchandise, rallies, the entire experience of being part of the political movement. He’s changed it.”

But not everyone believes those wearing it don’t have a more hidden message.

“The hats are tied up with the concept of “triggering,” a favored trolling strategy among the so-called “alt-right,” said Nikhil Sonnad, a reporter for Quartz. “To trigger someone is to push their political buttons. I can say that, personally, as a brown guy who sometimes has a large, terrorist-looking beard, if I see someone with a MAGA hat on, I become a bit afraid that they will tell me to go back to my home country (Michigan) or punch me in the face. So yes, the stupid hat triggers me.”

Many, including actress and activist Alyssa Milano, now are calling the baseball caps the modern-day white hoods of the Ku Klux Klan, representing a white nationalist ideology pushed by the president.

A January standoff involved a group of students from Covington Catholic School, an all-boys high school in Kentucky, who were wearing MAGA hats when they got into a confrontation with a Native American man.

The Native American elder, Nathan Phillips of Ypsilanti, said he was trying to defuse the tension between the mostly white students and four members of the fringe religious group the Black Hebrew Israelites, who hurled insults at the students.

Videos of the incident posted to social media whipped up fierce debate about who was right and who was wrong and the role the MAGA hats may have played in the whole ordeal.

John Pavlovitz, an author, pastor, and activist from North Carolina, said the boys might not have fully understood the loaded meaning those hats carry for some people.

“To be present at that gathering is one thing, but to be present in those hats is a completely different statement,” Pavlovitz said. “There’s no sense of compassion in those hats to most people, so that hat becomes a threat.

“They are no longer a neutral symbol. Whenever those hats are worn, they’re going to make a statement that brings with it many assumptions — a resistance to diversity, a resistance to equality. There’s homophobia in the image of those hats that comes automatically when we see them.” 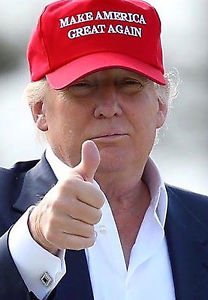 Laura Ingraham has called Milano “a dope” for characterizing the MAGA hat as the modern-day white KKK hood.

“Oh, OK sweetheart. … Does that mean that we conservatives can say that a Planned Parenthood cap is basically … KKK? That would actually be closer to the truth, right?” said Ingraham, who also is a Fox News host.

Eric Castiglia, 49, a Republican from Sterling Heights, said Milano’s comments were terrible and that in no way should the MAGA hats ever be compared to KKK hoods.

“Absolutely not,” said Castiglia, who is Catholic. “There are so many people in this country that wear that hat, that look to it for inspiration for a fixing a broken system.”

The hats became a staple at Trump rallies and events during his 2016 presidential campaign; they’re still sold online through the White House Gift Shop and online, where the slogan “Make America Great Again” is printed on everything from baseball caps to swimsuits, banners, playing cards, megaphones and even beer can koozies.

The MAGA cap became so well known and synonymous with Trump’s 2016 campaign that it was dubbed Symbol of the Year by affiliates of the Stanford Symbolic Systems Program, which according to its website, focuses on systems and symbols in communication.