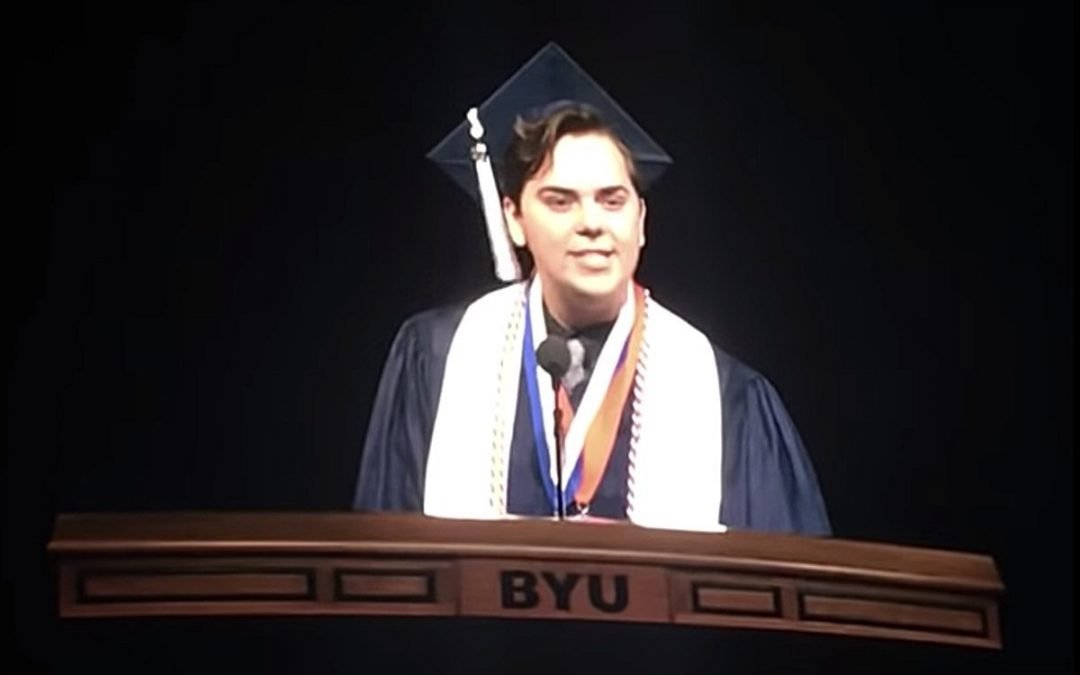 As valedictorian Matt Easton took the podium at the Brigham Young University commencement ceremony, he congratulated his classmates on their victories — congrats to those who earned a difficult and rigorous degree, who raised children while studying, who stood in the face of adversity to make campus better.

But he also celebrated his own personal victories: surviving a hit-and-run by a deer that required hernia surgery, learning how and whom to cherish after his mother’s terminal cancer diagnosis, and announcing publicly, for the first time during graduation, that he is “proud to be a gay son of God.”

While coming to terms with his identity, Easton said, he frequently found himself conflicted and in prayer, comparing his experience to that of Enos, a prophet who appears in the Book of Mormon.

“It was in these quiet moments of pain and confusion that I felt another triumph, that of coming to terms, not with who I thought I should be, but who the Lord has made me,” the College of Family, Home, and Social Sciences graduate said. “As such, I stand before my family, friends and graduating class today to say that I am proud to be a gay son of God.”

It’s a sign of how far the country has come since the years of Jerry Falwell and the religious right organizing protests in response to any advancement for gay rights.

Coming out, Easton said, was “a phenomenal feeling, and it is a victory for me in and of itself.”

In a series of follow-up tweets, Easton said he had gradually come out to some family members and trusted friends during his time at the university, but had not come out publicly before the commencement speech.

During my time at BYU, I have slowly come out to my closest family members and friends. However, this is the first time I have publicly declared it. I felt it was important to share both for myself and for the LGBTQ+ community at BYU.

While I don’t speak for everyone—my own experience is all I can vouch for—I hope that people know that we ARE here at BYU, and we’re not going anywhere anytime soon.

The speech came the same month that the Church of Jesus Christ of Latter-day Saints, which owns the university, ended a nearly four-year old policy treating married gay couples as “apostates” and barring their children from baptism in most cases.