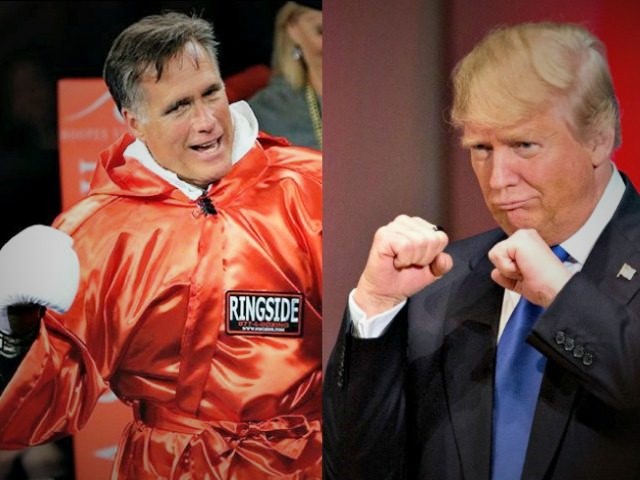 Republican Senator Mitt Romney said today that he was ‘sickened’ and ‘appalled’ by what Special Counsel Robert Mueller’s report revealed about President Trump and his aides.

While most Republicans declined to comment on the explosive report, he chastised the GOP president and senior White House officials caught misleading the public.

‘I am sickened at the extent and pervasiveness of dishonesty and misdirection by individuals in the highest office of the land, including the president,’ Romney said.

‘I am also appalled that, among other things, fellow citizens working in a campaign for president welcomed help from Russia — including information that had been illegally obtained, that none of them acted to inform American law enforcement and that the campaign chairman was actively promoting Russian interests in Ukraine.’

Released on Thursday after a nearly two-year investigation, Mueller’s report detailed a huge amount of cooperative but not criminal contacts between Trump’s 2016 election campaign and Russia that assisted the Republican against his Democratic rival Hillary Clinton.

The report also detailed numerous acts by Trump that supported allegations of obstruction of justice, though Mueller, constrained by Justice Department rules, could not himself recommend charges against Trump.

Romney, who was the Republican nominee for president in 2012, was alone among Republicans in criticizing the White House for its behavior.

Mueller described Trump and aides as habitually lying about their actions and running roughshod over principles of law a they battled the investigation.

‘Reading the report is a sobering revelation of how far we have strayed from the aspirations and principles of the founders’ of the United States, Romney said.

He seemed to be referring to glaring errors that Sarah Sanders, the White House press secretary, made among others.

She admitted to the Mueller that she was wrong to say that ‘countless’ FBI agents told her they wanted James Comey fired.

Speaker Nancy Pelosi vowed today Congress will not be silent, in response to the misconduct that was outlined in the report by Trump and his top aides, and insisted lawmakers will have a say on the obstruction charges.

Pelosi also got in a jab at Attorney General William Barr, claiming his conclusion the president ‘did not obstruct justice’ was ‘directly undercut’ by Mueller’s report.

‘In his summary letter and press conference, Attorney General Barr presented a conclusion that the President did not obstruct justice. The Mueller report appears to directly undercut that claim,’ the speaker wrote.

She will convene her Democrats lawmakers on a Monday conference call to plot next steps, giving them time to read the 448-page report over the long Easter holiday weekend.