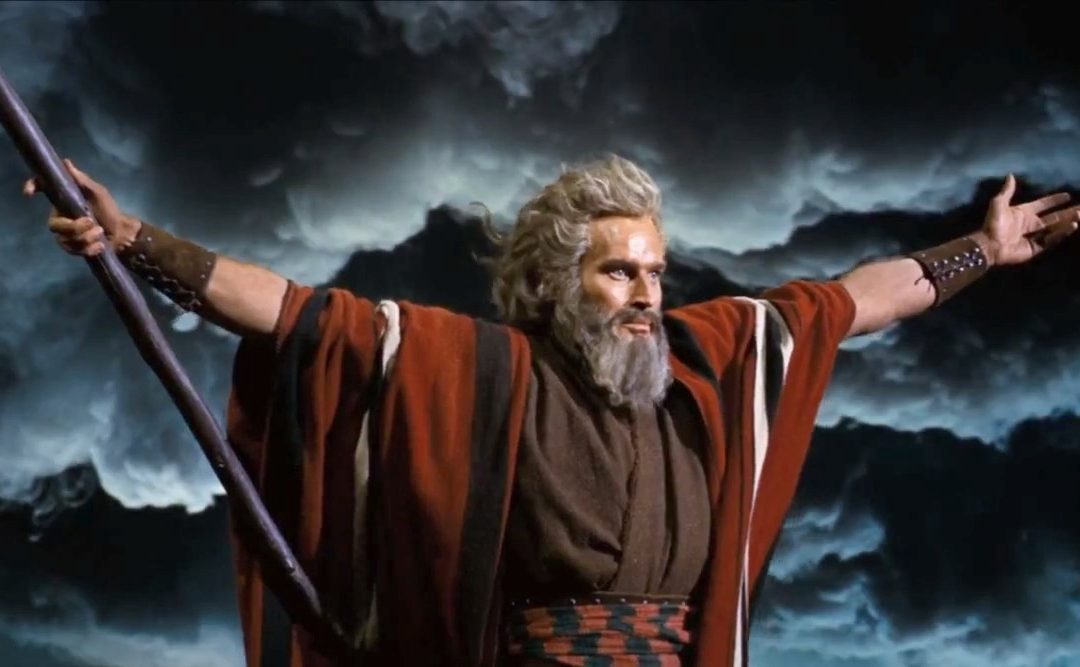 Cecil B. DeMille’s biblical epic about an original game of thrones played out between two Egyptian princes will be seen again on broadcast television this weekend.

Except for one gap in 1999, the 1956 classic film, starring Charlton Heston as Moses and Yul Brynner as Rameses, has been broadcast by ABC around Easter and Passover since 1973.

The Ten Commandments remains one of the most popular films ever made.

It was nominated for seven Academy Awards, including Best Picture, and won the Oscar for Best Visual Effects.

It was also a box office hit.

The film is the seventh-highest-grossing film of all time, adjusted for inflation, according to Wikipedia.

As of 2011, the movie was estimated to have brought in more than $2 billion.

The cast reads like a who’s who of old Hollywood.

The final scene of The Ten Commandments has Moses saying goodbye to a small group of significant characters.

After commanding Joshua to be strong leader and to have faith, he presents a copy of the Torah to Eleazar to place in the ark and than tells all those gathered (and perhaps the crowd far below) “Go, proclaim liberty throughout all the lands, unto all the inhabitants thereof!”

Beautiful as this verse is, it is actually a reference to the celebration of the jubilee year and comes from the 25th chapter of Leviticus.

If it is a quote that you recognize, it is also inscribed on the Liberty Bell.