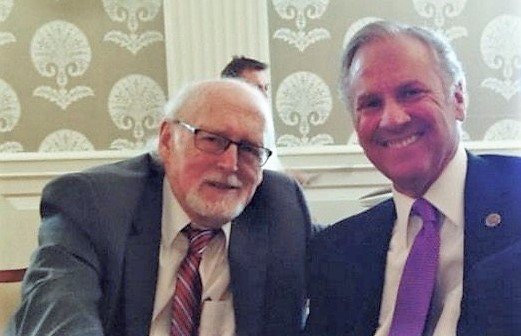 Richard Quinn Sr., a legendary S.C. Republican consultant, was indicted today by a state grand jury on a dozen charges of perjury and obstruction of justice.

The new charges against Quinn, 74, stem from special prosecutor David Pascoe’s years-long investigation into State House corruption, which has led to the conviction and removal from office of four powerful GOP state lawmakers, including Quinn’s son.

Quinn himself was indicted in October 2017 and accused of masterminding of a secretive influence network that connected his public relations clients — special interests and corporations lobbying the S.C. State House — with his political clients: powerful state lawmakers who allegedly worked to push or defeat legislation on behalf of those interests.

But in a surprising move, Pascoe dropped the charges when Quinn agreed to testify fully and truthfully to the state grand jury.

“Quinn intentionally gave incomplete and evastive testimony throughout to pervert, obstruct, impede, and hinder the ongoing investigation by the State Grand Jury,” the indictment alleged.

That probe has led to the convictions of four legislators: Harrison, Courson, Merrill and Rick Quinn.