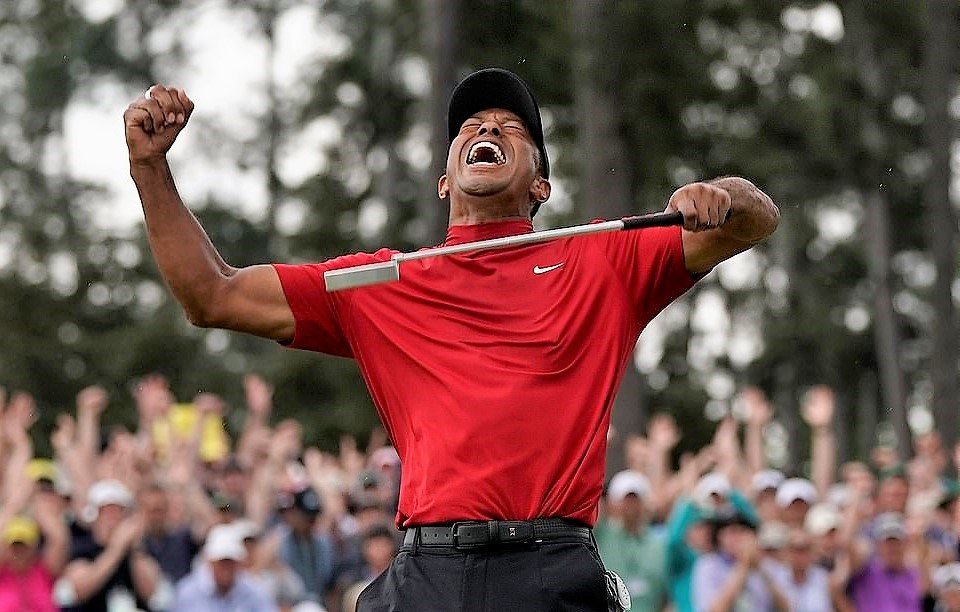 Tiger Woods has won the 83rd Masters tournament in an astonishing comeback after 14 years since he last secured a green jacket.

Woods, 43, was tied for second going into the final round on Sunday at Augusta National Golf Club in Georgia, but pulled into the lead on the back nine and won as his family looked on.

It is the first time Woods has won a major when he did not have a lead or co-lead after 54 holes, his first win at The Masters since 2005, and his first majors title in 11 years.

On the 18th green, the patrons went wild and began chanting ‘Tiger, Tiger’ as Woods sunk his final putt to win the tournament, completing a dizzying final round and one of the biggest fairytale comebacks in sports history.

The champion’s mother Kultida Woods, 75, his two children Charlie and Sam, and his girlfriend Erica Herman, 35, embraced him as he walked off the green. 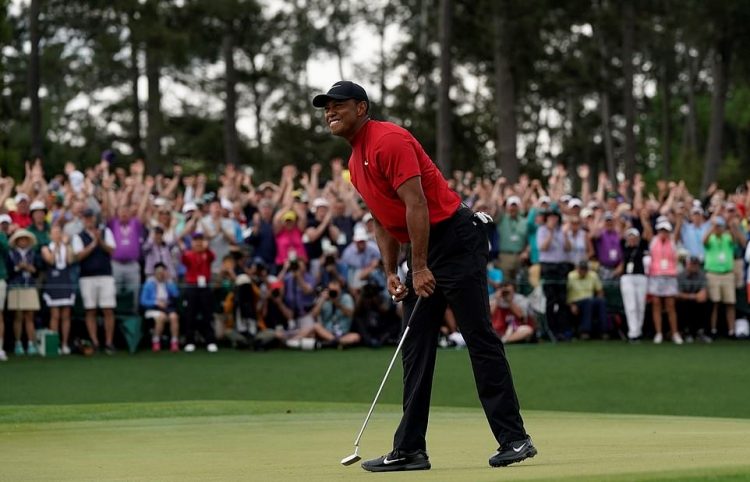 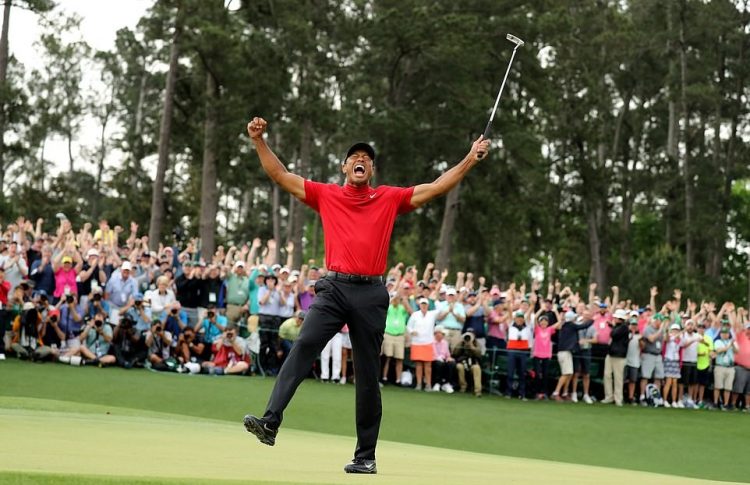 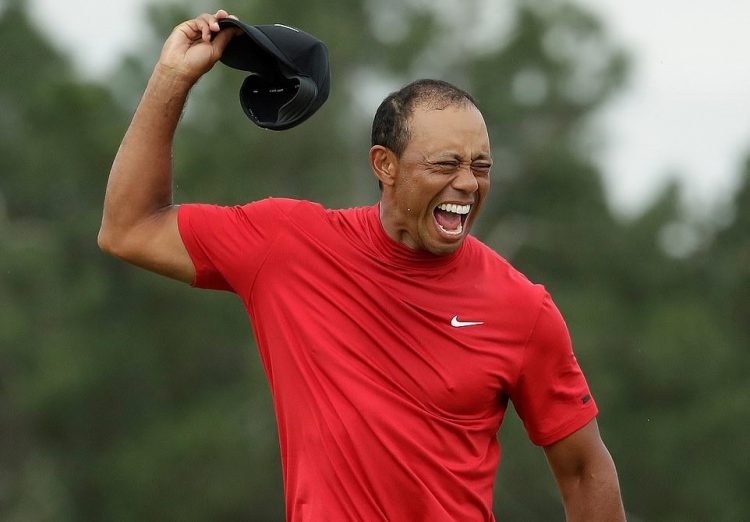 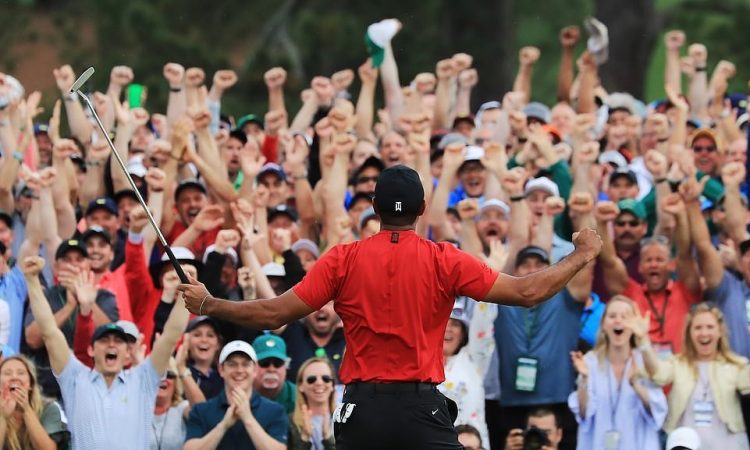 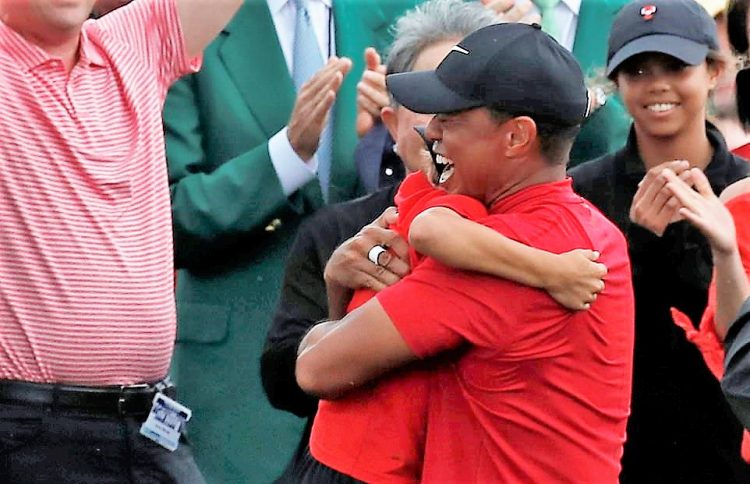 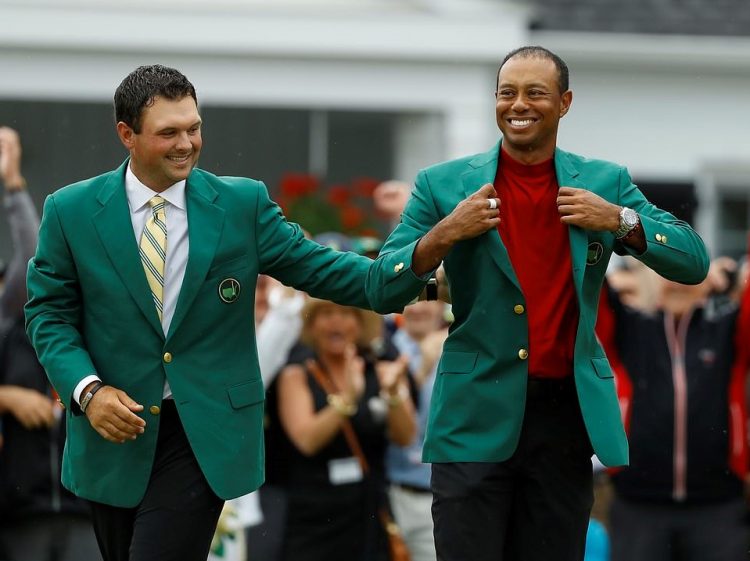 It is Woods’ first win at The Masters since his father Earl Woods, who introduced him to golf at the age of two, died from a heart attack in 2006, and comes after years of personal and health struggles for Tiger Woods, who at one point considered retiring from the PGA Tour.

Before Saturday, it had been 11 years since Woods won a major title, when he beat Rocco Mediate in a play-off for the 2008 US Open despite a double stress fracture and knee injury which prompted season-ending surgery.

And it is just two years since he told Jack Nicklaus ‘I’m done’ during the Champions Dinner at Augusta National, after which he flew straight to London to see the consultant who recommended he undergo what proved to be career-saving spinal fusion surgery.

In an interview with CBS after his win on Sunday, Woods called the tournament ‘one of the hardest that I’ve ever had to win, just because of what has transpired over the past couple of years in trying to come back and play.’

President Trump congratulated Woods in stream of tweets during the final holes of the round, urging the country to ‘tune in’ and watch.

Woods caught up with tournament leader Francesco Molinari on the 12th hole, when Molinari double-bogeyed on a shot into the water.

On the back nine, there was at one point a five-way tie for first place, with Woods, Molinari, Xander Schauffele, Brooks Koepka and Dustin Johnson all sitting at 12 under par.

Woods jumped out to the lead with a birdie on the 15th hole for 13 under.

He went two up on the field with another birdie on the 16th, and held the lead through the final green, finishing one under Johnson, Koepka and Schauffele.

Woods was wearing his trademark final-round red shirt for the tournament’s last day.

He has suffered from injuries and persistent back pain since his last majors win, and has undergone four back surgeries including a spinal fusion.

At one point, he said he did not know if he would be able to return to the PGA Tour.

Scandal hit in 2017, when he was charged with driving under the influence in Jupiter, Florida.

He said he had been taking prescription drugs without realizing the side effects, and was sentenced to probation after pleading guilty to reckless driving.

The PGA Championship will take place at Bethpage State Park on May 16-19.

Woods has won that tournament four times previously, with the most recent victory coming in 2007.