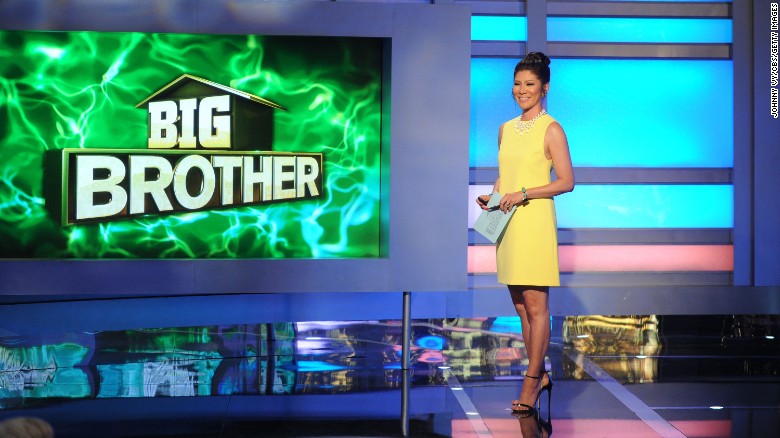 Friends of Coeur d’Alene Elementary accidentally broke the big news yesterday when they posted an online auction for two VIP tickets to an upcoming taping of Big Brother on CBS.

While no official word from the network had yet been made, the website Charitybuzz posted a headline: “2 VIP Tickets to a Live Taping of Big Brother 21 in LA.”

The promotion stated that the winning tickets for the Big Brother “experience will occur within the following date range(s): Jul 11, 2019 to Sep 12, 2019.” 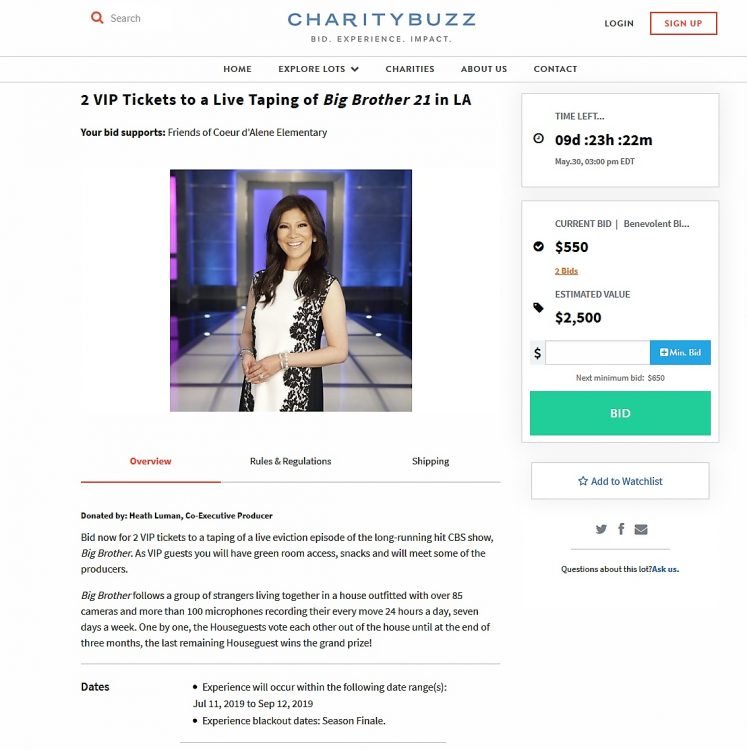 That was a dead giveaway the show was returning.

Sure enough, today Julie Chen Moonves and CBS made it official.

The 21st season of BB will return for a two-night premiere on June 25 and 26.

As usual, it will air three times a week: After its first Sunday airing on June 30, it will start airing on Wednesdays, Thursdays and Sundays beginning July 10.

Julie Chen Moonves, a.k.a. the Chenbot, will return as host.

She tweeted about it this morning:

Anyone else ready for summer? #BB21 is coming! ?☀️ pic.twitter.com/ahwpeS5FOo

This is the final show on her current contract, and insiders do not believe she’ll stay at CBS.

Her husband Les Moonves was at CBS for decades until he resigned last September amid a dozen allegations that he had sexually abused numerous women.

Reports made horrifying claims including that Moonves, 69, kept a staff member on call for oral sex.

Moonves admitted to receiving oral sex from the woman but claimed it was ‘consensual’ and denies having any non-consensual sexual relationships.

Moonves, worth $700 million, now stands to lose his $120 million severance package, although he’s suing the network after the report over allegations of his sexual misconduct leaked.

[Chen Says Goodbye To The Talk]

Julie Chen Moonves resigned as co-host of The Talk on CBS after the revelations against her husband came to light. 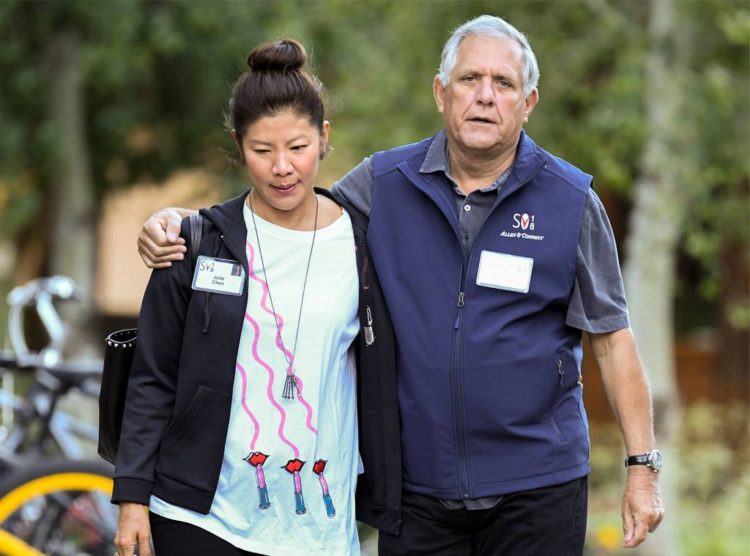 Julie Chen has stood beside her husband Les Moonves as sexual harassment allegations cost him his job.

CBS likes to promote that BB “continues to be a leader across both broadcast and digital platforms.”

While true that all three airings of BB ranked in the summer’s top 10 in viewers and key demos last summer, ratings have dropped season to season.

If Julie Chen Moonves exits, as expected, CBS will have a choice to revamp the show with a new host, or come up with another summer reality TV show.

Coeur d’Alene is a respected elementary school located in Venice, California, were students test scores are far above the state average.

Their website says you can “bid now for 2 VIP tickets to a taping of a live eviction episode of the long-running hit CBS show, Big Brother. As VIP guests you will have green room access, snacks and will meet some of the producers.”

The auction ends on May 30.

You can check it out here:  Charitybuzz: 2 VIP Tickets to a live taping of Big Brother 21 on CBS.