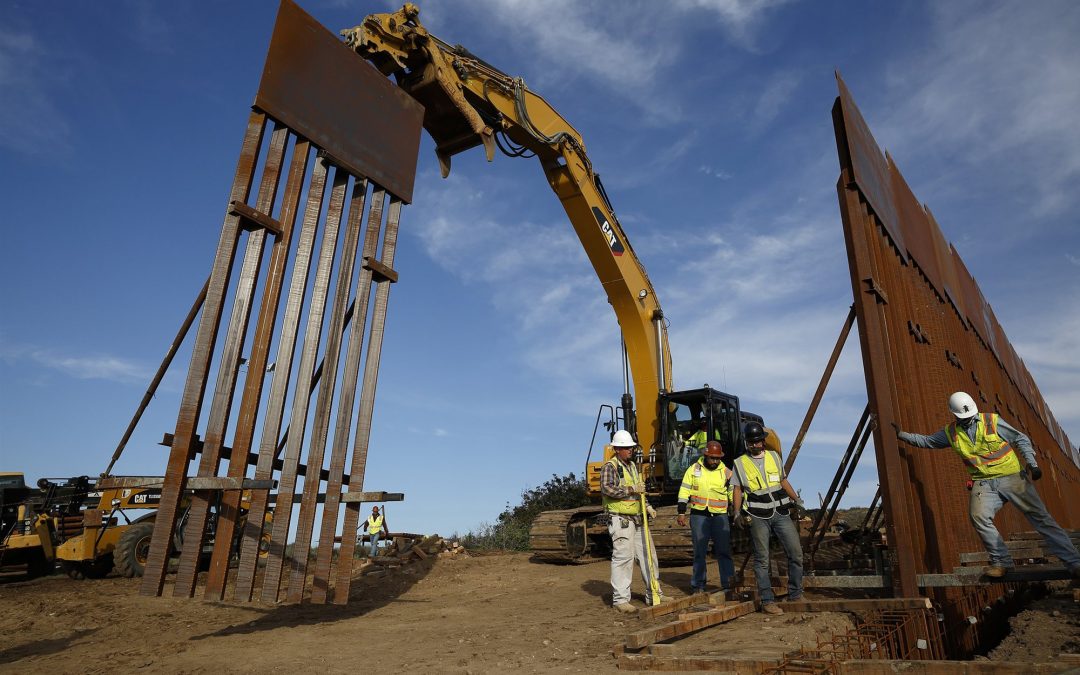 President Trump’s efforts to build a wall along the southwest border hit a roadblock tonight when a federal judge in California granted a preliminary injunction that prevents the administration from redirecting funds under the national emergency declaration issued in February.

The judge, Haywood Gilliam of the United States District Court for the Northern District of California, who is overseeing a pair of lawsuits over border wall financing, ruled that the administration’s efforts likely overstep the president’s statutory authority.

The injunction applies specifically to some of the money the administration intended to allocate from other agencies, and it limits wall construction projects in El Paso, Tex., and Yuma, Ariz.

The ruling quoted from a Fox News interview with Mick Mulvaney, the acting White House chief of staff, in which he said that the wall “is going to get built, with or without Congress.”

The idea that the president can act “without Congress” when lawmakers refuse a funding request from the White House “does not square with fundamental separation of powers principles dating back to the earliest days of our Republic,” Gilliam wrote.

The two related cases were argued before Gilliam earlier this month — one filed by the State of California in conjunction with 19 other states, and a second from the American Civil Liberties Union on behalf of the Sierra Club and the Southern Border Communities Coalition.

Both suits argued that Trump had overstepped his constitutional authority by using money to fund a border barrier without congressional approval.

The legal challenges were filed shortly after Trump declared a national emergency along the Mexican border. The move by the president followed a two-month standoff with Congress over funding to build his long-promised barrier wall.

That impasse led to a partial government shutdown in December and January, and lawmakers ultimately denied the border funding he had requested.

Trump had sought $5.7 billion to finance a steel wall along more than 200 miles of the border; Congress instead appropriated about $1.4 billion for fencing that would cover 55 miles.

Unhappy with the outcome, Trump remained intent on funding the wall with or without congressional appropriations.

“One of the things I said I have to do and I want to do is border security, because we have tremendous amounts of drugs flowing into our country, much of it coming from the southern border,” he said when he announced his emergency declaration. “We’re going to confront the national security crisis on our southern border, and we’re going to do it one way or the other.”

But the president’s critics objected that such action was not allowed by law. Congress, they said, was granted control over the country’s finances by the Constitution.

Trump’s remarks at times undercut his own emergency declaration. “I didn’t need to do this, but I’d rather do it much faster,” Trump said. “I just want to get it done faster, that’s all.”

Within days, California and 15 other states joined together to sue the administration and prevent it from moving the funds; four other states have since joined the lawsuit.