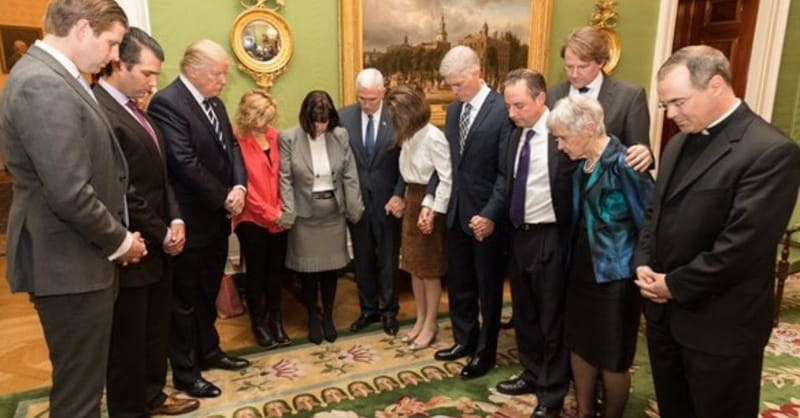 Franklin Graham, a prominent evangelical supporter of President Trump, is calling for Christians across the country to set aside this Sunday as a “special day of prayer” for the president.

Graham, son of the famous American evangelist Billy Graham, told his substantial Facebook following over the weekend that this is a “critical time” for the country ― and for Trump.

“President Trump’s enemies continue to try everything to destroy him, his family, and the presidency,” Graham wrote. “In the history of our country, no president has been attacked as he has. I believe the only hope for him, and this nation, is God.”

About 250 Christian leaders affirmed Graham’s call to prayer, signing a statement in support on the Billy Graham Evangelistic Association’s website.

The signatories included a wide array of voices on the religious right ― including Jerry Falwell, Jr., president of Virginia’s Liberty University, the televangelist Paula White-Cain, who heads Trump’s evangelical advisory board, and other prominent evangelicals who serve as advisers to the president.

Graham, who participated in Trump’s inauguration by offering a prayer, was a frequent critic of past presidents.

He also publicly questioned whether Obama was really a Christian.

During Bill Clinton’s presidency, Graham criticized his sexual misconduct, insisting that if Clinton committed an immoral act in private, he couldn’t be trusted to behave ethically in public.

In his Facebook post, Graham took note of a scripture verse that calls on Christians to pray for “kings” and all those in authority.

He asked pastors to lead their congregations in praying for the president this Sunday.

“We’re on the edge of a precipice. Time is short. We need to pray for God to intervene. We need to ask God to protect, strengthen, encourage, and guide the President,” Graham wrote.

The theory that Trump was handpicked by God to lead America and defend its Christian heritage is embraced by some in evangelical circles.

Graham himself has claimed that Trump won the 2016 presidential election because “God showed up.”