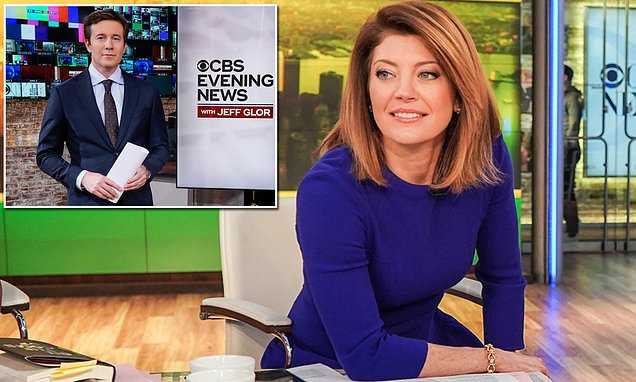 Jeff Glor devoted the final few seconds of “CBS Evening News” on Friday to a story that’s not often told to his viewers: Dozens of staffers help him put together the program each night.

Glor would have been well within his rights to take a few moments to reflect on his tenure at the long-running evening newscast.

It was, after all, his final appearance as anchor of the show.

CBS News earlier this week announced an overhaul of its morning and evening programs in a bid to reverse months of ratings declines.

Instead, Glor made sure the people behind the cameras got part of the spotlight.

“Their hours are long and often unpredictable. Their family and friends are unfailingly patient. I am awed every day by their dedication to writing the first draft of history, and telling America’s story. I am awed by their grace. I thank them – and you. I’ll see you soon.”

Viewers subsequently saw a long roll of credits across the screen that acknowledged camera operators and makeup personnel, everyone from senior producer Molly Kordares to Lance Frank, the public-relations executive who represents the show.

“As we leave here tonight, I just want to say thanks. This is a short broadcast, but a long game. Through it all, the people who put on the Evening News remain committed.”

Glor took the reins of the program in December of 2017, picking up the baton from Scott Pelley, who anchored the program between 2011 and 2017.

His focus has long been on his work, not tooting his own horn. “We are trying to get a little better every day,” he told Variety in 2018.

But he inherited a ratings-challenged network newscast, and things only got worse under his watch.

According to recent ratings data released by Nielsen, David Muir’s newscast on ABC is in first place with a total audience of 9.356 million viewers, well ahead of NBC’s Lester Holt, with 8.510 million.

Glor was a distant third with a total audience of 6.340 million.

But among viewers 25-54, the demographic group prized by national advertisers, ABC edged ahead of NBC, 1.972 million to NBC’s 1.928 million.

Glor’s audience in that important demo was dangerously low.

CBS News will rotate anchors on “CBS Evening News” for a few weeks until Norah O’Donnell takes over as anchor this summer.

John Dickerson is slated to sit in next week.

“I wish Norah O’Donnell the best of luck, but she won’t need it, because of all the people backing her up,” Glor said.