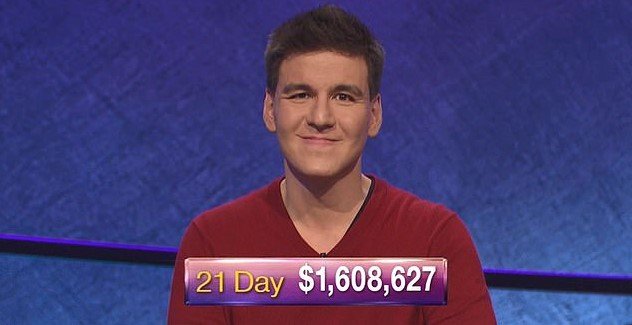 Until his latest victory, the 34-year-old had been tied for the second longest winning streak with Julia Collins.

The final clue on Thursday night was: ‘A character in this 1944 play is said to be like a piece of her own collection, ‘too exquisitely fragile to move from the shelf.”

‘What is ‘The Glass Menagerie?” was the correct answer.

Holzhauer is only the second person in 35 years to win more than $1 million on the long time game show.

With his winning streak, Holzhauer is now more than halfway to reaching Ken Jennings’ $2.5 million record.

Holzhauer has earned $1.06 million in just 14 appearances and stands to match Jennings’ record in half the time if his winning streak continues.

He was presented with the keys to Las Vegas yesterday following his winning streak. 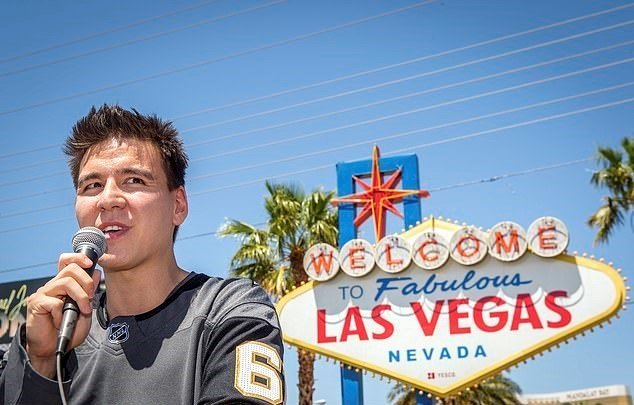 James Holzhauer receives key to the city in Las Vegas

He almost saw his winning streak come to an end on Monday when he won Final Jeopardy by just $18.

Until Monday’s episode, the closest a competitor had come to Holzhauer’s final score was by $4,190.

In racking up the wins, he has employed a novel – but risky – strategy befitting his day job in Las Vegas.

He frequently zeroes in on the high-value questions first to quickly amass money, and then unhesitatingly bets big on his ability to offer the correct answer when he lands on a special Daily Double question.

Holzhauer planned his strategy from the beginning, only deviating from it if the category is one he’s unfamiliar with – such as the U.S. Senate.

His remarkable run has earned him legions of admirers, including Jennings, the man whose record he is threatening to break.

‘This is absolutely insane,’ Jennings said on Twitter of Holzhauer’s success.

‘I’ve always wanted to see someone try Jeopardy! wagering this way who had the skills to back it up.

‘I don’t feel I get enough credit for making small, sensible Jeopardy wagers, which helped the show with its prize budget.’

ESPN is covering Holzhauer’s episodes on its Chalk betting section.

Holzhauer credits his career with helping ‘desensitize’ him when it comes to making big bets.