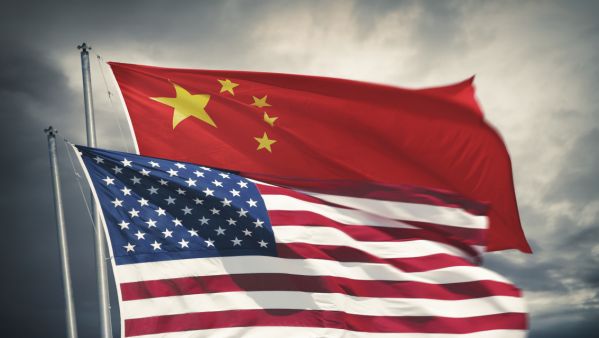 In an appearance on “Fox News Sunday” two days after U.S.-China trade talks ended with no news of a deal, Kudlow was asked by host Chris Wallace about Trump’s claim.

“It’s not China that pays tariffs,” Wallace said. “It’s the American importers, the American companies that pay what, in effect, is a tax increase and oftentimes passes it on to U.S. consumers.”

Pressed again by Wallace, Kudlow acknowledged that China does not actually “pay” the tariffs.

“No, but the Chinese will suffer GDP losses and so forth with respect to a diminishing export market,” he said.

The latest round of trade talks ended Friday with no announcement of an agreement. This followed tweets from Trump defending his decision to more than double tariffs on $200 billion worth of Chinese imports.

Trump has argued that trade wars are “good and easy to win” and maintains that his tariffs are a useful way to force China to the negotiating table.

But Democrats and a growing number of Republicans have voiced concern that Trump’s tariffs could undermine the past several years of robust economic growth.

The Tax Policy Center points out, neither China’s government nor Chinese companies pay on U.S. tariffs on Chinese imports.

Instead, the U.S.-based companies that import these goods pay the additional money, and often end up passing these costs onto American consumers or be faced with lowering their own profit margins.

In February, researchers from Princeton University, Columbia University and the Federal Reserve Bank of New York released a paper concluding that the cost of the Trump administration tariffs “have been almost entirely passed through into domestic prices.”

The effect is being felt by industries across the country, from farmers in Iowa to auto manufacturers in Tennessee.

Financial markets also have taken a dive amid the trade standoff, with the Standard & Poor’s 500 index losing 2.18 percent last week, its worst week of the year.

On Sunday, figures on both side of the aisle criticized Trump’s handling of the China trade talks.

Sen. Rand Paul (R-Ky.), an ally of Trump, said on ABC News’s “This Week” that he is worried about the effect the tariffs will have on the U.S. economy.

Paul told host George Stephanopoulos that he is “very concerned” that Trump may enact permanent tariffs that will wind up hurting U.S. consumers, farmers and manufacturers.

“I know of a big company that told me that the tax cuts specifically helped them but that the tariffs are almost equal in punishing them,” Paul said, referring to the Republican-led tax overhaul passed in 2017. “The farmers in Kentucky are concerned about the tariffs, and I’ve talked to the administration about this . . . The longer we’re involved in a tariff battle or a trade war, the better chance there is that we could actually enter into a recession because of it.”

In an appearance on CBS News’s “Face the Nation,” Henry Paulson Jr., who was treasury secretary under President George W. Bush, said that although “we don’t have many good tools” to put economic pressure on China, tariffs are not an ideal choice.

“They’re a tax on the American consumer,” said Paulson, who is chairman of the Paulson Institute and a former chief executive of Goldman Sachs. He added: “Will it hurt us? If this persists too long, it will. There will be a cost to it.”

Paulson said he would “prefer the tactic of working with our allies to put pressure” but described that approach as imperfect, as well, because U.S. allies are often risk-averse when it comes to dealing with China.