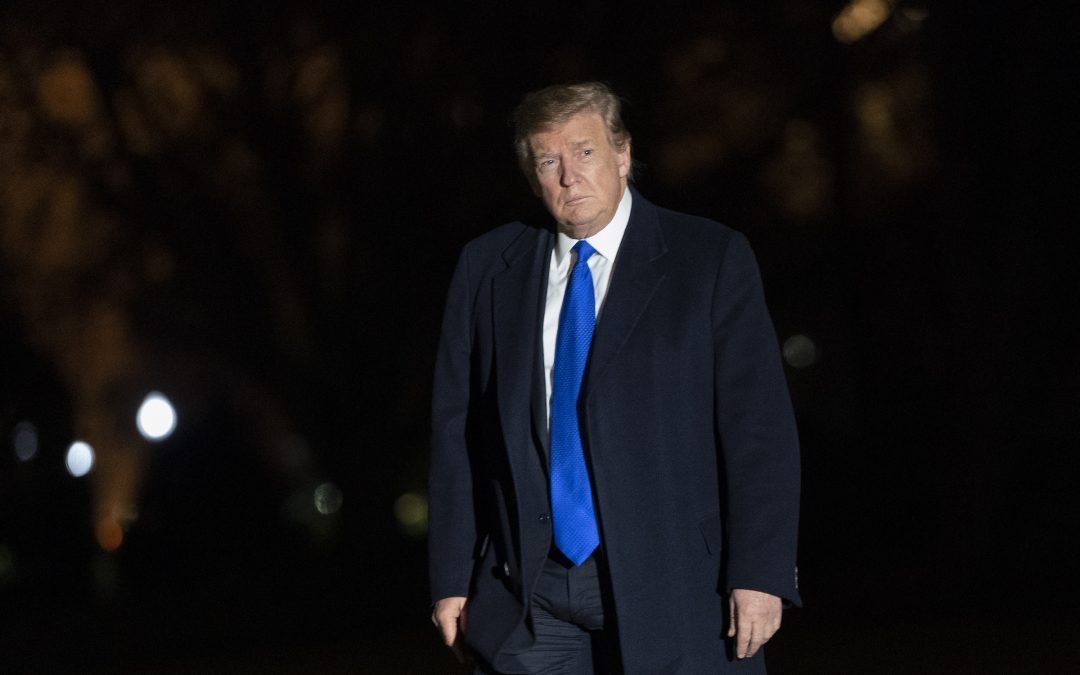 More than 480 former federal prosecutors who worked in Republican and Democratic administrations have signed on to a statement asserting special counsel Robert  Mueller’s findings would have produced obstruction charges against President Trump — if not for the office he held.

The statement — signed by myriad former career government employees as well as high-profile political appointees — offers a rebuttal to Attorney General William Barr’s determination that the evidence Mueller uncovered was “not sufficient” to establish that Trump committed a crime.

Mueller had declined to say one way or the other whether Trump should have been charged, citing a Justice Department legal opinion that sitting presidents cannot be indicted, as well as concerns about the fairness of accusing someone for whom there can be no court proceeding.

“Each of us believes that the conduct of President Trump described in Special Counsel Robert Mueller’s report would, in the case of any other person not covered by the Office of Legal Counsel policy against indicting a sitting President, result in multiple felony charges for obstruction of justice,” the former federal prosecutors wrote.

“We emphasize that these are not matters of close professional judgment,” they added. “Of course, there are potential defenses or arguments that could be raised in response to an indictment of the nature we describe here. . . . But, to look at these facts and say that a prosecutor could not probably sustain a conviction for obstruction of justice — the standard set out in Principles of Federal Prosecution — runs counter to logic and our experience.”

Among the high-profile signers are Bill Weld, a former U.S. attorney and Justice Department official in the Reagan administration who is running against Trump as a Republican; Donald Ayer, a former deputy attorney general in the George H.W. Bush Administration; John S. Martin, a former U.S. attorney and federal judge appointed to his posts by two Republican presidents; Paul Rosenzweig, who served as senior counsel to independent counsel Kenneth W. Starr; and Jeffrey Harris, who worked as the principal assistant to Rudolph W. Giuliani when he was at the Justice Department in the Reagan administration.

The list also includes more than 20 former U.S. attorneys and more than 100 people with at least 20 years of service at the Justice Department — most of them former career officials. The signers worked in every presidential administration since that of Dwight D. Eisenhower. Sen. Richard Blumenthal (D-Conn.), a federal prosecutor before he became a lawmaker, joined the letter after news of it broke, and Rep. Adam B. Schiff (D-Calif.), chair of the House Intelligence Committee, tweeted his support for its premise .

The signatures were collected by the nonprofit group Protect Democracy, which counts Justice Department alumni among its staff and was contacted about the statement last week by a group of former federal prosecutors, said Justin Vail, an attorney at Protect Democracy.

Many legal analysts have wondered since Mueller’s report was released whether the special counsel believed he had sufficient evidence to charge Trump and was just unwilling to say it out loud.

By the report’s account, Trump — after learning he was being investigated for obstruction — told his White House counsel to have Mueller removed. And when that did not work, according to Mueller’s report, Trump tried to have a message passed to then-Attorney General Jeff Sessions to limit the scope of Mueller’s authority. Of that episode, Mueller’s team wrote there was “substantial evidence” to indicate Trump was trying to “prevent further investigative scrutiny” of himself and his campaign.

“All of this conduct — trying to control and impede the investigation against the President by leveraging his authority over others — is similar to conduct we have seen charged against other public officials and people in powerful positions,” the former federal prosecutors wrote in their letter.

They wrote that prosecuting such cases was “critical because unchecked obstruction — which allows intentional interference with criminal investigations to go unpunished — puts our whole system of justice at risk.”

“We strongly believe that Americans deserve to hear from the men and women who spent their careers weighing evidence and making decisions about whether it was sufficient to justify prosecution, so we agreed to send out a call for signatories,” Vail said. “The response was overwhelming. This effort reflects the voices of former prosecutors who have served at DOJ and signed the statement.”