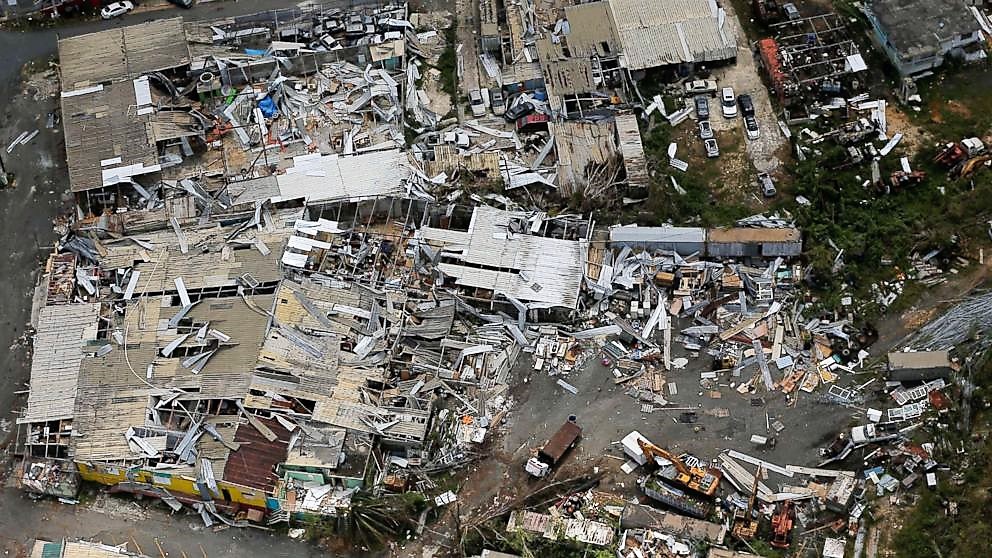 The Senate today overwhelmingly approved a $19.1 billion disaster-aid package, advancing legislation that would break a months-long impasse over federal funding for stretches of the country afflicted by natural disasters.

A top Senate Republican said the White House has signed off on the bipartisan compromise.

House lawmakers left town today, leaving prospects for rapid passage there uncertain — though the chamber’s Democratic leaders hope to use a procedural move to quickly advance the measure Friday.

The deal, which congressional leaders presented hours before the Senate vote, would send aid to victims of Western wildfires, Midwestern flooding and hurricanes that hit the Southeast and Puerto Rico, as well as to other disaster-affected areas across the country.

The package does not include the U.S.-Mexico border funding the Trump administration requested.

That demand had proved contentious, and leaving it out sidestepped a fight over immigration that had further complicated the delicate disaster-aid negotiations.

The Senate passed the measure 85 to 8, with bipartisan backing that followed months of finger-pointing as Democrats, Republicans and President Trump fought over funding for Puerto Rico and other issues.

Several hurdles remain for the bill to be signed into law.

Senators say they feel confident Trump will sign the deal, but White House officials this afternoon were trying to quickly scrub through all the details to see what was in the package and what had been left out.

Trump has shown a willingness to sunder past bipartisan pacts.

Lawmakers in December said they believed the president would agree to a bipartisan deal to avert a government shutdown.

But Trump rejected the compromise because it denied him funding for a border wall, precipitating the longest shutdown in U.S. history.

The disaster package would need approval from the House, but lawmakers there left for the Memorial Day recess before the Senate voted today.

The House is scheduled to meet Friday for a brief “pro forma” session with few lawmakers present.

House leaders hope to advance the measure then by unanimous consent, according to a senior House Democratic aide, but a single objection from a lawmaker could sink the package until the House returns.

Before the agreement was announced, a Republican aide said conservatives opposed to new government spending could object.

Despite the remaining hurdles, prospects for passing legislation before the recess appeared much brighter than they did early today, when disputes over how the border money would be spent had appeared to put a deal out of reach.

Sen. David Perdue (R-Ga.) said he and Sen. Rick Scott (R-Fla.), whose state is awaiting federal money to rebuild from Hurricane Michael, called Trump and won approval for a disaster-aid plan that left out additional immigration-related funding for the Departments of Homeland Security and Health and Human Services.

“We didn’t think we could wait any longer to get this done,” Perdue said. “Sometimes when you put too much together, you can’t get anything done. So what he did today was break through a logjam and say: ‘Look, let’s divide this and start working on border security individually or independently, and let’s get this done today.’ ”

Senate Majority Leader Charles E. Schumer (D-N.Y.) said the disaster deal was reached despite Trump, not because of him — noting that Trump twice blocked previous congressional accords on the legislation.

“Republicans are learning that they’re going to have to break from the president to get anything done,” Schumer said, “because the president . . . has been an obstructionist force — insisting on his own way when he knows that his own way can’t pass”

The disaster-aid bill has been pending since last year, and the slow pace of talks has frustrated lawmakers of both parties, especially as past disaster bills have often been bipartisan and rarely featured the delays or rancor that has accompanied this one.

For much of that time, the main sticking point has been a struggle between Democrats — who pushed for more aid to Puerto Rico — and Trump, who has spent months complaining about fiscal mismanagement by the territory’s government and has drastically overstated the sums sent to the island in the wake of Hurricane Maria.

Puerto Rico, which is still trying to recover from the 2017 hurricane, will receive more than $1 billion under the package, according to a House Democratic aide.

That includes $600 million in emergency funding for Puerto Rico’s food stamp program, as well as more than $300 million to help the island cover costs for infrastructure repair projects.

He also referenced his government’s disputes with Trump about recovery funding in the wake of Hurricane Maria, which devastated communities there and is estimated to have led to the deaths of thousands of people in 2017.

“Even though Puerto Rico was repeatedly told that we would not receive one more dollar in disaster relief, this legislation shows that many in Washington, D.C. understand that our recovery is not complete,” Rosselló said.