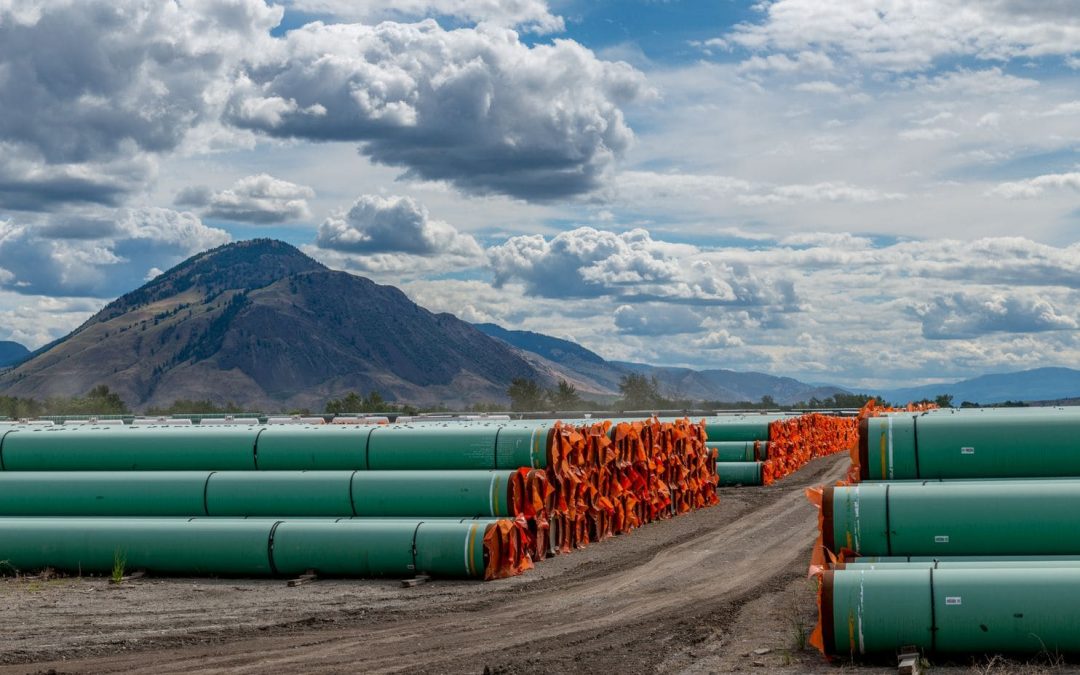 Canadian Prime Minister Justine Trudeau announced today he’ll push ahead with the stalled Trans Mountain Pipeline expansion, a $5.5 billion project that has long pitted the country’s energy sector against the concerns of environmental and some indigenous groups.

Trudeau is an icon of progressive politics who has promised to “put a price on pollution.”

Last week, to much applause, he proposed a ban on single-use plastics.

On Monday night, his government declared a national “climate emergency.”

But now he’s also the public face of a Canadian plan to expand a pipeline that would triple the amount of crude oil that moves from the Alberta Tar Sands to the Pacific Coast each day for shipment around the world.

The move will be welcomed by the country’s struggling oil sector and the many Canadians whose fortunes are tied to it.

Landlocked Alberta produces four fifths of Canadian crude, but struggles to get it abroad, leading to steep discounts against global benchmarks — and hitting the province hard.

But many Canadians — including environmentalists, and some indigenous communities — have protested the long-stalled pipeline, out of concern for oil spills, and the continuing promotion of climate-changing fossil fuels.

They question whether this is the moment to up Canadian shipments of oil.

Trudeau has been left to walk a tightrope between the two sides, taking heat from both as he limps toward a federal election this fall.

Janet Brown, an independent pollster and political analyst in Calgary, Alberta, said the prime minister’s challenge will be positioning the decision as a safe path between Conservatives on the right and the New Democratic Party on the left.

Pipeline politics get at a very Canadian conundrum: How do you become a global leader on climate when your economy relies so heavily on the extraction of fossil fuels?

The Liberal government has long argued that in order for Canada to tackle climate change, they country needs a strong energy sector — using revenue from today to fund the projects of tomorrow.

So far, that has been a tough sell, at least when it comes to pipelines.

Trudeau first gave the go-ahead for the expansion in 2016.

The decision to move ahead spurred legal challenges and protests, including a demonstration at which two members of Canada’s parliament were arrested.

Opposition was particularly fierce in British Columbia, the end of the pipeline, where Premier John Horgan promised to block the project.

Alberta, the oil powerhouse next door, blocked wine imports from B.C. and threatened to stop shipments of oil and gas.

Trudeau stepped in with an extraordinary plan: Buying the pipeline.

His government announced last year it would spend $3.5 billion to take over the project.

At the time, Canada’s finance minister, Bill Morneau, called the purchase “an investment in Canada’s future.”

Alberta cheered the move. Others cast it as an epic sellout.

Still others wonder whether transporting oil to the Pacific coast is the best way to bolster the sector.

The goal is to increase shipments to buyers, particularly Asia. But there is no guarantee of brisk business, and recent bad blood with China could hurt those plans.

Today’s announcement will reignite the debate just ahead of a federal election.

A key question now is whether the approval means work can start soon, or whether additional consultations could delay the start of construction beyond the short Canadian summer.

Brown, the Alberta pollster, said this type of delay amounted to “ragging the puck,” a hockey expression for running down the clock.

Some would welcome a delay. Wilson-Raybould, the former attorney general who clashed with Trudeau and now sits in parliament as an independent, offered a bleak assessment of the decision to move ahead despite deep divisions.

“It has been famously said that the definition of insanity is doing the same thing over and over again and expecting a different result,” she wrote ahead of the announcement.

“I expect that is what we sill this week, as the government chooses to try to proceed, again, in a context of outgoing conflict and mistrust.”