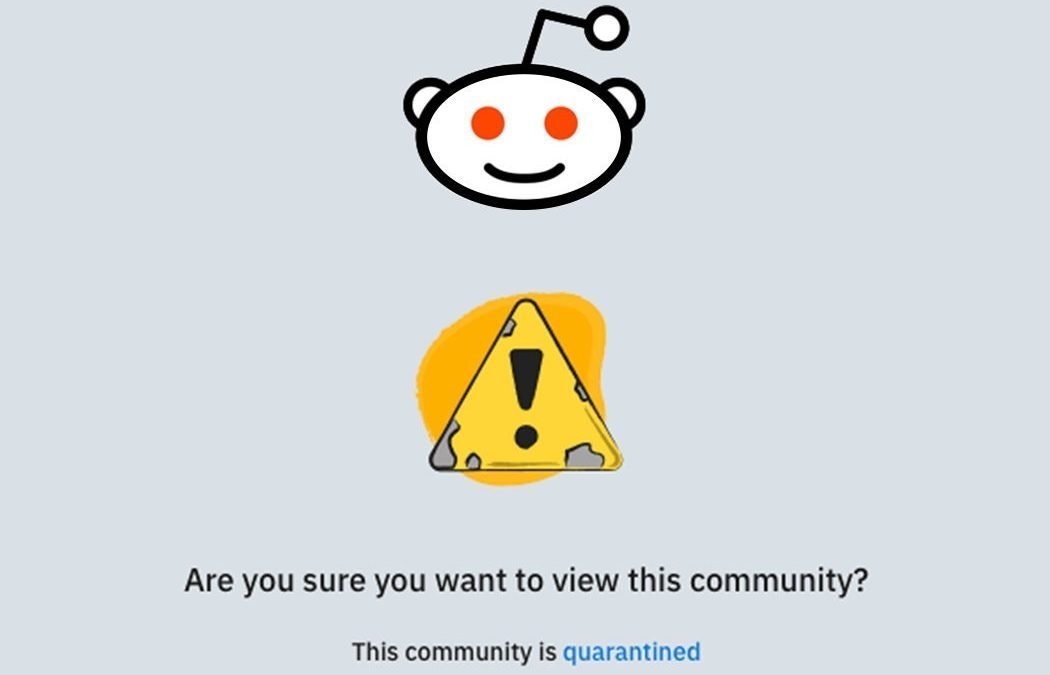 Reddit has taken steps to “quarantine” the largest pro-Donald Trump community on its site due to “repeated rule-breaking behavior” and, in recent days, “encouragement of violence towards police officers and public officials in Oregon”.

Visitors to the The_Donald message board, which describes itself as “a never-ending rally dedicated to the 45th President of the United States, Donald J Trump” and has more than 750,000 subscribers, will be greeted with a message about the reasons for the quarantine before they can click through to the site.

The quarantine also restricts the message board, known as a subreddit, from generating revenue and limits its popular posts from reaching an audience in other parts of Reddit.

“We are sensitive to what could be considered political speech, however, recent behaviors including threats against the police and public figures is content that is prohibited by our violence policy,” a company spokeswoman said in a statement. “As a result, we have actioned individual users and quarantined the subreddit.”

Moderators for The_Donald posted on the site: “It would seem they’ve set up an impossible standard as a reason to kill us before the 2020 election.”

The_Donald plays an outsized role in shaping the tone and content of pro-Trump internet discourse and memes, and the disciplinary action is sure to inflame those Republican politicians who claim – usually without evidence – that social media platforms are biased against conservatives.

Within hours of the quarantine, Trump’s adult son Donald Trump Jr had retweeted a post by a Republican operative that accused Reddit and “Big Tech” of “engaging in actual election interference to stop [Trump’s] reelection”.

Becca Lewis, a research affiliate at Data & Society who studies online political subcultures, said that the subreddit has played a “crucial mediating role” between far-right online spaces, such as Gab, 4chan and 8chan, and mainstream politicians.

The message board was the source of an infamous video that President Trump posted on Twitter in July 2017 showing himself beating up a man whose head had been replaced with the CNN logo.

Trump also hosted a Reddit AMA (the site’s term for an “ask me anything” question and answer session) on The_Donald, instead of on the subreddit where politicians and celebrities usually hold such events.

Reddit has long had a reputation as one of the more freewheeling and – often – toxic parts of the internet, allowing moderators of the sprawling network of subreddits broad latitude to establish their own standards for speech.

But the company began cracking down on violent ideologies following the deadly Unite the Right protest in Charlottesville Virginia, banning neo-Nazi groups and extreme misogynists.

The quarantine is far from a ban.

In a 2018 post, the company said its purpose was to “prevent [a subreddit’s] content from being accidentally viewed by those who do not knowingly wish to do so, or viewed without appropriate context”.

Some experts questioned whether such an action, which is designed to protect other Reddit users from stumbling upon offensive content, would actually address the problem of incitement to violence.

“This is a minimum this company can do to protect users from groups like this,” said Joan Donovan, director of the Technology and Social Change Research Project at Harvard’s Shorenstein Center. “We have paid a lot of attention to the problems caused by other platform companies, but message boards are a significant source of coordination between online and offline events. To ignore the possibility that online threats could turn into incitement to violence is negligence.”

Added Lewis: “The_Donald has built up a devoted community over the years, for which a quarantine won’t have any effect … I do think, however, that if The_Donald were not affiliated with the sitting US president, there’s a much higher likelihood it would have been banned. The platforms are extremely reticent to take any action that could be perceived as political, even when there are clear policy violations taking place.”