VIDEO: Trump Scolds Chief Of Staff During Taping – Puts His Reality TV Training To Use During Interview 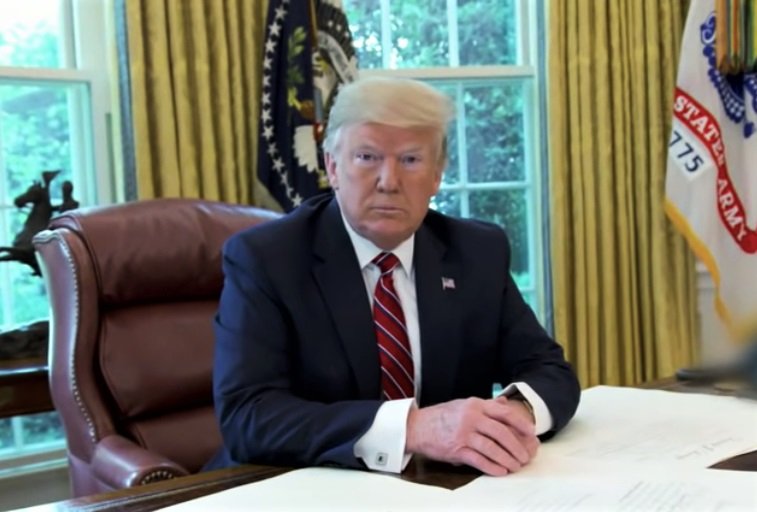 President Trump used his reality TV expertise during an interview, stopping mid sentence and then picking it up again after shaking his head in disgust at his top aide.

Trump scolded White House Chief of Staff Mick Mulvaney, and kicked him out of the Oval Office for coughing during his all-access interview with George Stephanopoulos of ABC News.

The tense moment was broadcast on Sunday nationally on the ABC special President Trump: 30 Hours, during which Stephanopoulos asks probing questions about the Mueller investigation, Barack Obama, and sagging poll numbers.

The segment involved Stephanopoulos pressing Trump about his reported plans to build a skyscraper in Moscow during the 2016 campaign.

Trump’s relationship with Russia has come under scrutiny, particularly in light of Robert Mueller’s investigation into alleged Russian meddling in the election.

When Stephanopoulos asked Trump if voters had the right to know that he was in talks to build a tower in Moscow, the president replied: ‘I wouldn’t mind telling them.’

Trump then brings up his financial statement, though it is unclear what it had to do with the Russia project.

Stephanopoulos then asks the president if he’s going to turn over the financial statements.

At this point, the president gets visibly annoyed with Mulvaney, who is not seen on camera.

‘Let’s do that over, he’s coughing in the middle of my answer,’ Trump says.

WATCH: Trump Scolds Chief Of Staff For Coughing During Taping

Stephanopoulos then identifies the cougher as ‘your chief of staff,’ which is Mulvaney.

Turning to Stephanopoulos, Trump says: ‘Okay, do you want to do that a little differently than uhh…’

Trump then continues his answer.

Trump learned his television skills during seven years as host of the reality TV show The Apprentice on NBC.