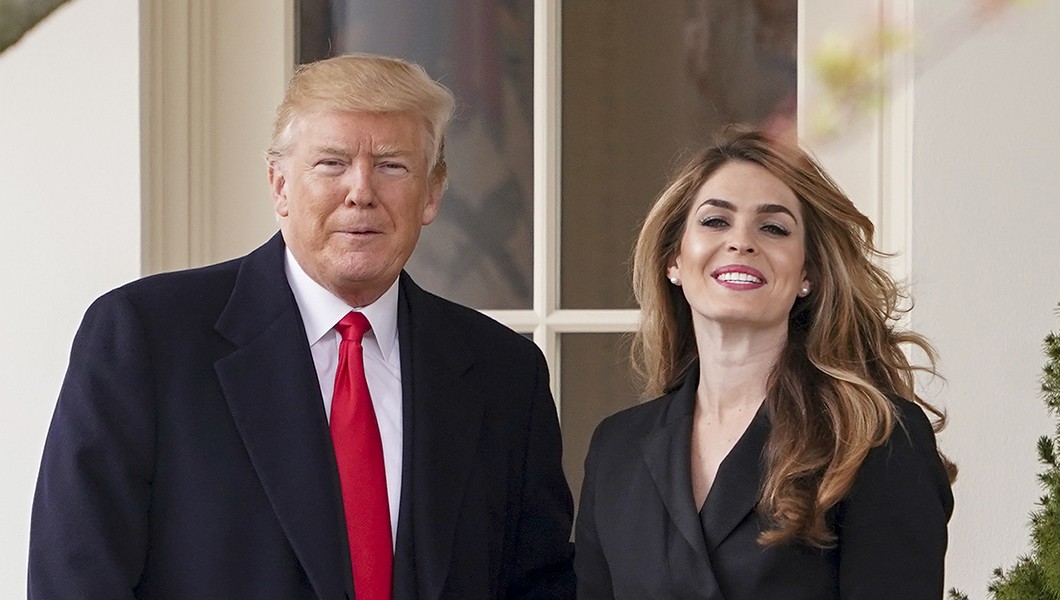 President Trump’s campaign and the Republican National Committee have paid more than $600,000 in legal fees to the law firm that represents Hope Hicks, according to reports filed with the Federal Election Commission.

Based on the most recent report, the campaign spent $50,353.73 with the litigation firm. Hicks, who served as one of Trump’s most trusted aides, returned to Washington in mid-June to testify before the House Judiciary Committee.

The House Judiciary Committee is now examining the truthfulness of Hicks’s statements after newly unsealed court documents revealed she was in close contact with Trump’s former lawyer Michael Cohen as he was negotiating a hush money payment with the adult-film star Stormy Daniels to keep her quiet about an alleged affair with Trump.

The FBI documents released earlier Thursday revealing that one day after the tape came out, Cohen spoke on the phone with then-campaign spokeswoman Hicks and Trump.

Last month, Hicks said “no” when asked multiple times by Democratic Rep. Sheila Jackson Lee whether Hicks was ever present when Trump and Cohen discussed Daniels, according to a transcript released of the closed-door interview.

She also said she had no information about Daniels other than what she learned from reporters.

“Again, I had no knowledge of Stormy Daniels other than to say she was going to be mentioned in the story amongst people that were shopping stories around,” Hicks testified. “There were no specifics offered by the reporter, and I didn’t have any other information other than what was being relayed to me by the reporter.”

In a statement Thursday, her lawyer said “reports” claiming she was involved in conversations about hush money payments “on October 8, 2016, or knew that payments were being discussed, are simply wrong.”

“Ms. Hicks stands by her truthful testimony that she first became aware of this issue in early November 2016, as the result of press inquiries, and she will be responding formally to Chairman Nadler’s letter as requested,” Robert Trout said in a statement.

Trump’s campaign spent nearly $1.5 million on legal fees in the second quarter of this year, the filing showed.

The bulk of those second-quarter payments went to Jones Day, the law firm where Don McGahn worked before he became White House counsel and returned to after leaving the administration earlier this year.