The Mooch, Once A Top Loyalist, Turns On Trump – Says He’s “Mentally Declining” 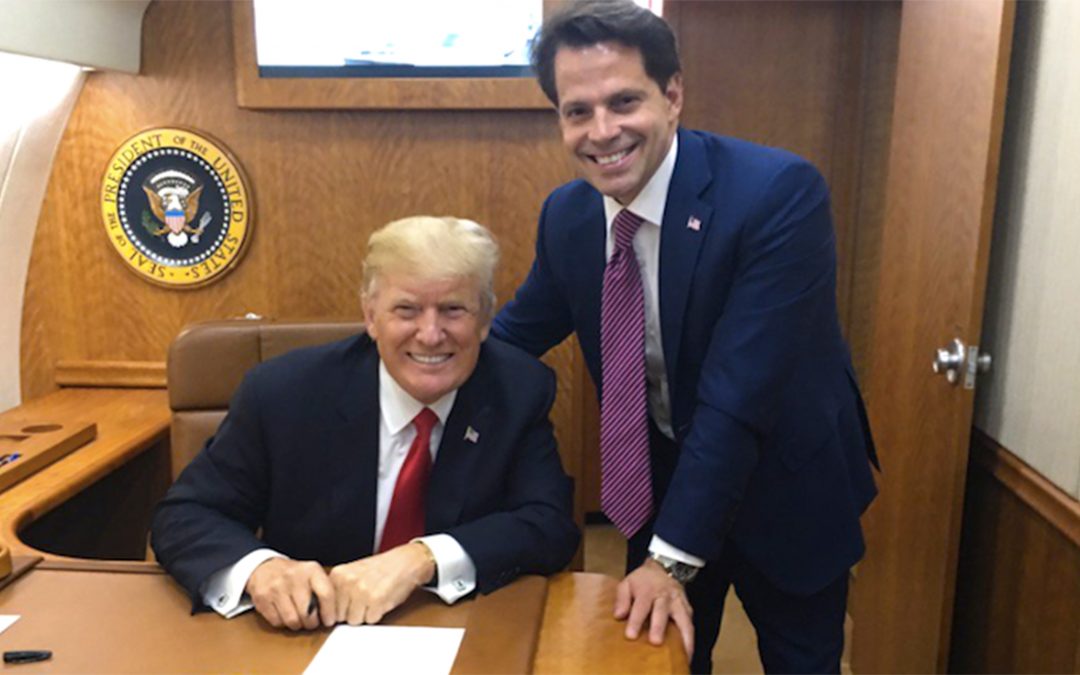 Anthony Scaramucci has had a dramatic about-face when it comes to Donald Trump. Once his loudest defender, now he is questioning his mental capabilities.

On HBO’s “Real Time With Bill Maher” last Friday, he was still calling Trump a friend.

By Monday, Scaramucci suggested Republicans look for another nominee to replace Trump at the top of the ticket.

Scaramucci unleashed on his former boss over an eight-minute interview on conservative Sinclair Broadcast’s “America This Week” with Eric Bolling.

“He’s mentally declining,” Scaramucci said. “He’s losing his step here in terms of how he’s thinking about human beings, and he’s creating a corrosive, socially dividing cancer in the country that’s not worth the economics.”

Bolling repeatedly asked Scaramucci to explain why he stood by Trump for so long and was turning on him now.

Scaramucci said Trump’s comments suggesting four congresswomen of color “go back” to the places they’re from; supporters’ “send her back” chant about Somali-born Rep. Ilhan Omar (D-Minn.) at a recent rally/ and Trump’s tweets denigrating the city of Baltimore convinced him that Trump’s objective was to divide the country.

Scaramucci contends Trump is not a “racist” because he’s too much of a “narcissist” to see people as anything but “an object in the room.”

Democrats, including many running for president, have called Trump a racist and a white supremacist following a mass shooting in El Paso, where the alleged gunman had reportedly mirrored some of Trump’s language about immigrants.

Scaramucci had been criticizing Trump’s policies and comments — but not him personally — for days, but it wasn’t until Trump tweeted negatively about him on Monday that Scaramucci said he decided any kinship between the two was over.

Scaramucci said is a separate Fox News interview that several former Cabinet officials have called to support his increasingly pointed criticisms of Trump.

“One of them said the current rhetoric is unacceptable and he is dividing us, but nobody is willing to come out yet,” he said.

Scaramucci also had choice words for his former colleague Sean Spicer, calling him “Liar Spice from the Spice Girls.”

“There’s never been a bigger liar than him. Trump’s up there,” Scaramucci said.

Scaramucci also made a bold prediction that Trump would not run in 2020, but he provided no evidence or explanation to back that up that claim.