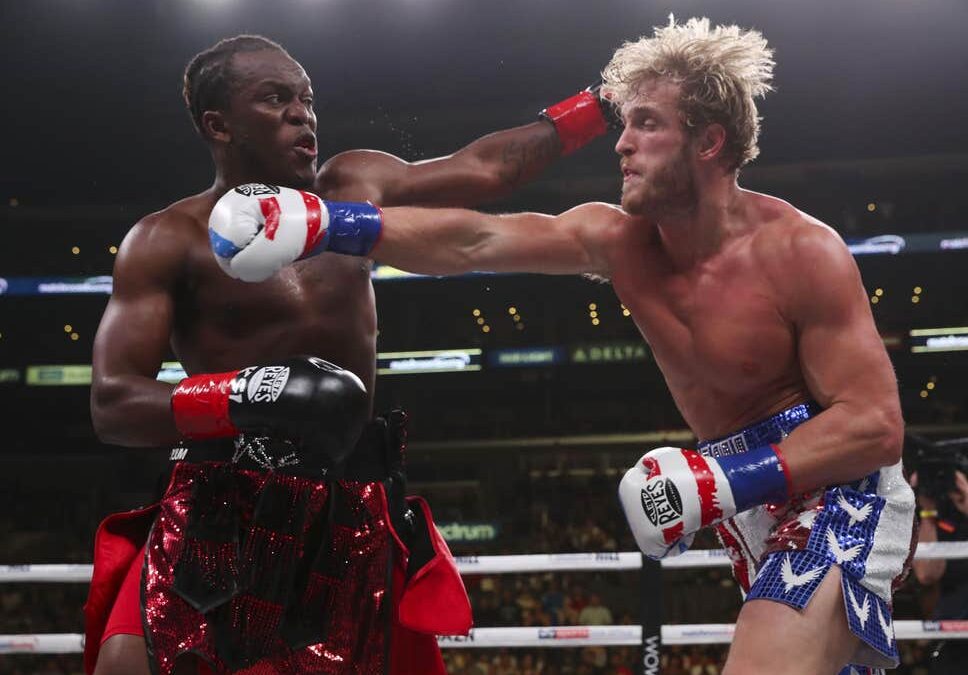 Two of the Internet’s most interesting characters battled it out inside a boxing ring on Saturday night without headgear on as Logan Paul defeated KSI from the Staples Center in Los Angeles.

The two met in front of another massive crowd at Los Angeles’ Staples Center.

The fight went for all six scheduled rounds.

Judges scored the fight even through the first five rounds, each with a total of 46 points.

But KSI finished slightly stronger in the final round giving him, as he did in the first fight, a split decision victory.

KSI said afterwards: “I moved around quite a bit. I got him a lot to the body, to slow him down. I felt good and I was happy.”

One British pundit concluded at the end of the fight: “Entertaining stuff but limited boxing skills. These boys have been telling lots of porkies.”

Paul had been penalized two points during the match, but it would not have made up the difference from the final round.

He said: “I let emotions get the best of me. No warning and I got two points taken away from me. I would love to contest the commission.”

The final results from the three judges:

Both YouTubers had built up the match through smack talk and videos to hype up both fighters’ fans.

Their first fight resulted in a majority draw with two judges calling it even and the third giving a slight edge to KSI.

Tonight they met again with no headgear, and each trained for the fight as serious as possible with Paul enlisting former heavyweight champ Shannon Briggs as his coach for training camp.

KSI, meanwhile, had former super middleweight and light heavyweight champion Badou Jack in his corner as an advisor.

Logan Paul scores a knockdown over KSI, but is deducted two points.#KSILoganPaul2 pic.twitter.com/KIdOMIgEKb

Justin Beiber was one of many celebrities in attendance.

KSI, which stands for knowledge, strength, integrity, is a British YouTuber, internet personality and rapper with over 20.5 million subscribers on YouTube.

His videos now have over five billion views. 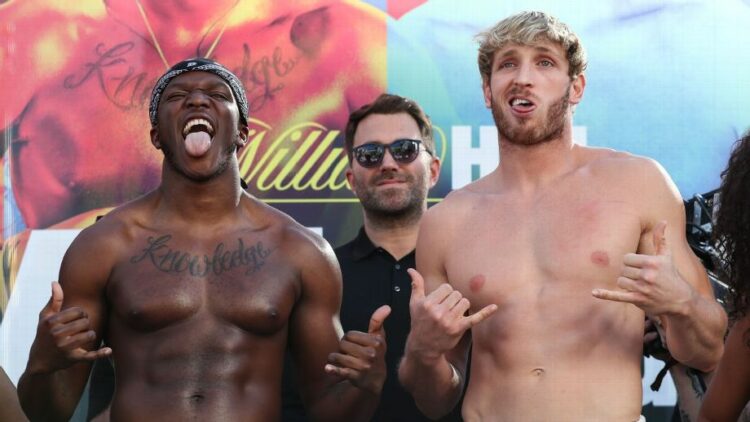 Internet entertainers KSI and Logan Paul before their second fight.

The undercard of this event featured some prominent names in the boxing world with super middleweight champ Billy Joe Saunders taking on Marcelo Coceres in the co-main event.