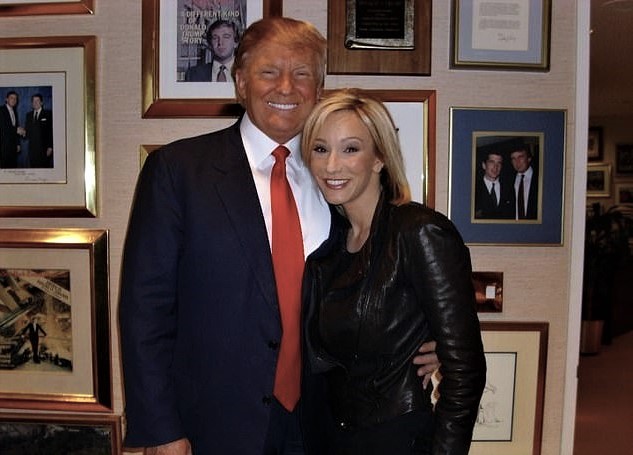 Leave it to Donald Trump to turn to a TV evangelist to be his official spiritual adviser.

A Florida televangelist who claimed at Trump’s 2020 re-election launch event that his opponents were a ‘demonic network’ has taken a job in his White House.

Paula White is one of America’s foremost promoters of the divisive “Prosperity Gospel.”

The Prosperity Gospel is an evangelical niche teaching that promotes donations to religious causes as a route to material wealth and physical health.

The Prosperity Gospel had its beginnings in revival tents where itinerant preachers boasted that financial success and physical healing awaited people who dug deep into their pockets to support God’s ministry.

Benny Hinn is one of the most recognized prosperity preachers in the world. 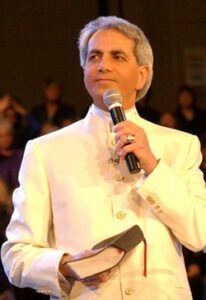 He founded Orlando Christian Center church in 1983 and began holding his healing services there.

Followers believe Hinn can heal any of their ailments if he prays over them.

His net worth is estimated around $60 million.

However, Hinn recently condemned prosperity teaching, saying it is offensive to the Holy Spirit.

The faith-healing evangelist Oral Roberts oversaw a ministry that eventually surpassed $110 million in total annual income and expanded to include a Tulsa, Oklahoma university bearing his name.

His chauffeur and pilot, Kenneth Copeland, was an Oral Roberts University student when they met.

He followed in his teacher’s footsteps, planting a ministry whose success led others like Pat Robertson, Jimmy Swaggart and Jim and Tammy Faye Bakker to take up the cause.

Paula White is among the best-known heirs to their tradition.

Others include Joel Osteen and the coincidentally named Creflo Dollar.

He has declined to disclose how much he personally earns from his Georgia-based World Changers Church International.

Its preachers are polarizing figures in modern Christianity, but White’s status near the top of their ranks didn’t deter Trump from inviting her to deliver the invocation at his 2017 inauguration.

Speaking to the Washington Examiner on Friday about her forthcoming autobiography, ‘Something Greater,’ White said she and Trump made plans in 2006 to build a megachurch together.

‘He wanted to build a house of God,’ she said Friday. ‘He said, “Let’s do this, let’s build this before we’re too old”.’

White claimed Trump hired an architect and wanted her to take the project over once it was built, but a divorce from her second husband a year later sidelined everything.

Trump, she said, is a quiet Christian who ‘doesn’t know “Christian-ese”.’

But he proposed ‘a crystal cathedral for God,’ similar to televangelist Robert Schuller’s Crystal Cathedral in Los Angeles. Schuller, then an active preacher, died in 2015.

She is now married to Jonathan Cain, the keyboardist from the rock band Journey.

Trump’s lack of command with Christian vernacular showed up duringhte 2016 campaign when he stumbled in a Liberty University speech with a reference to ‘two Corinthians,’ a novice’s misreading of the New Testament book ‘2 Corinthians,’ usually spoken aloud as ‘Second Corinthians.’

White told the New York Post last Saturday that she is still close to Trump and sometimes visits the White House several times a week.

The famously braggadocios Trump, she claimed, has a vulnerable side and ‘does not by any means think he’s the perfect person.’

And she has ‘never seen the base more energized than it is now,’ she boasted.

A White House official said Friday that White will connect the administration with religious groups, mostly Christian in nature, as part of the Office of Public Liaison.

The intersection of religious and LGBT politics would be politically nuclear for most administrations, but it’s the Prosperity Gospel that has some in the West Wing worrying.

‘Jesus was born poor. Jesus died poor. Jesus wasn’t a fan of rich people!’ a White House official told The Daily Mail. ‘Every time you read about rich people in the Gospel, Jesus is citing them as examples of what not to do.’

A third White House official responded to a text message about White with snark: ‘I left my tiny camel in my other pants.’

The Gospel of Matthew includes the story of Jesus telling his disciples that entering heaven is nearly impossible for the wealthy.

‘It is easier for a camel to go through the eye of a needle than for someone who is rich to enter the kingdom of God,’ reads chapter 19, verse 24.

Trump enjoyed a whopping 65-point margin of victory over Hillary Clinton in 2016 among white evangelical Christians.

White, who he has known since at least 2002, will try to ‘keep them on the reservation,’ the official said.

White said in a 2017 profile that she connected with Trump after he randomly called her to praise her televised sermons.

He told her at the time that she had the ‘”it” factor,’ she said.