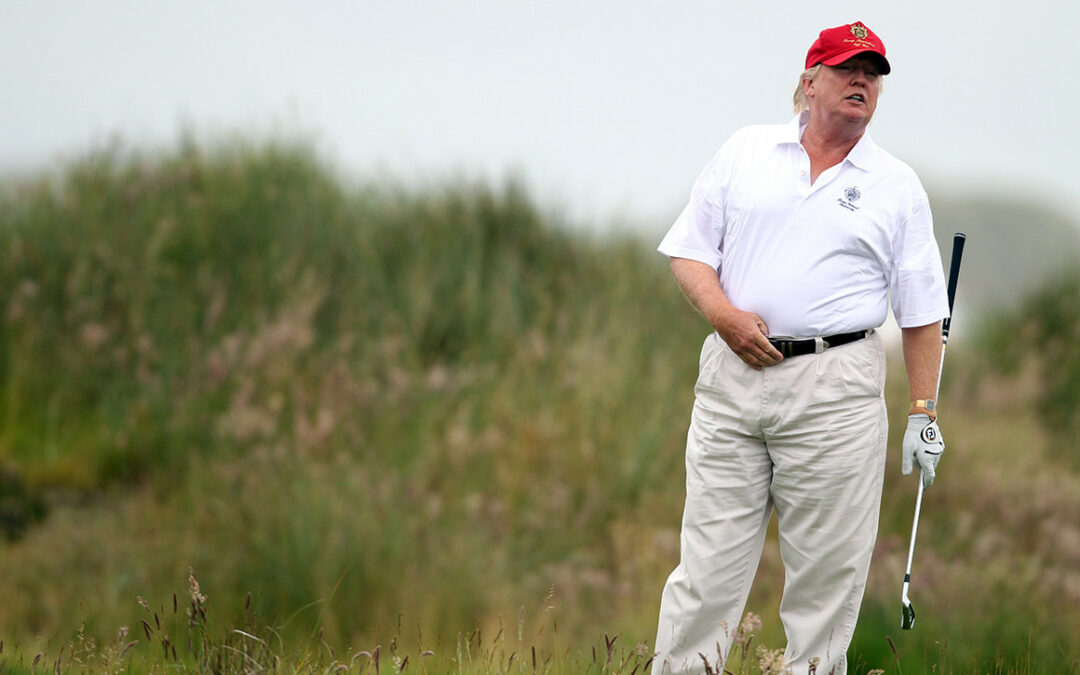 Trump, 73, made an unannounced visit this afternoon to the Walter Reed National Military Medical Center in Bethesda, Maryland.

Trump’s trip to Walter Reed was not on his schedule as of Friday.

He has spent many weekends this fall at his golf club in Sterling, Va., about 20 miles from the White House.

The White House declined to comment on when the trip to the hospital was scheduled.

“Anticipating a very busy 2020, the President is taking advantage of a free weekend here in Washington, D.C., to begin portions of his routine annual physical exam at Walter Reed,” White House press secretary Stephanie Grisham said in a statement.

After a little more than two hours at Walter Reed, Trump returned to the White House.

His two previous physical exams in office were announced ahead of time by the White House and noted on his daily public schedule.

This time, however, the President’s motorcade drove to the medical center unannounced, with reporters under direction not to report his movement until they arrived at Walter Reed.

Trump typically takes the Marine One helicopter to Walter Reed, but on today’s clear-skied day, the President opted for the motorcade.

CNN’s Chief Medical Correspondent Sanjay Gupta called the visit a “bit curious” and said that there are many routine tests that can be done at the White House, but specific tests would require a visit to Walter Reed.

Gupta said the medical team at Walter Reed would typically “spend a lot of time” preparing for a presidential visit.

It was unclear when the medical team at Walter Reed had received notice of the President’s visit.

Trump underwent a full physical examination at the Walter Reed military hospital in February, and was deemed to be in “very good health overall.”

In 2018, then-physician Rear Adm. Ronny Jackson praised Trump’s health during a White House briefing, saying he was in “excellent health” and could “live to be 200 years old.”