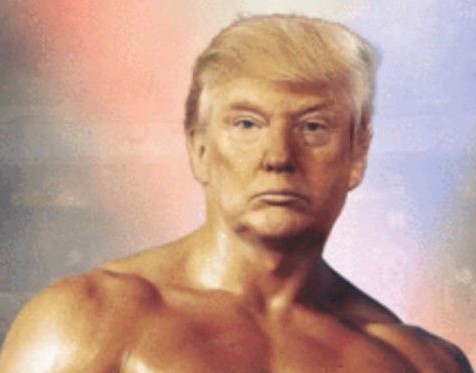 On this day in 1985, Rocky Balboa shocked the world, knocking out Russian Ivan Drago in the 15th round.

ESPN was first to remind us all of the historic date by tweeting out this picture: 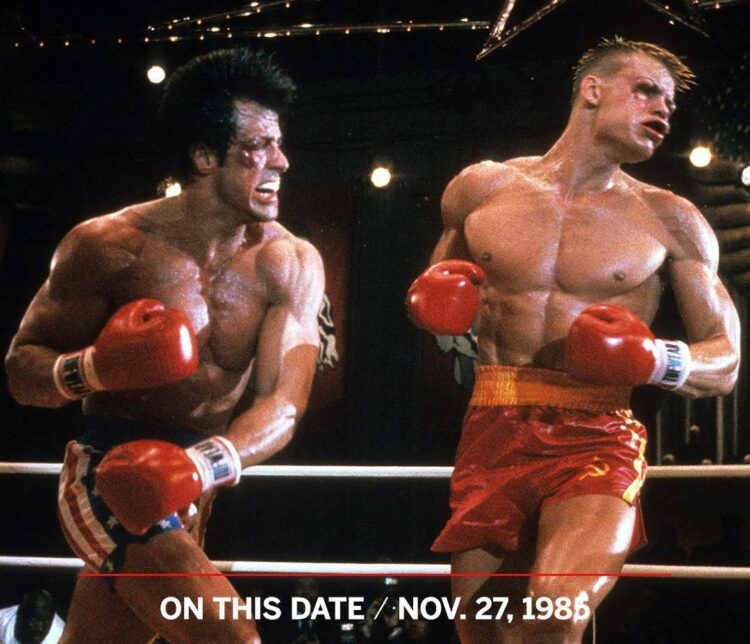 In response, the President of the United States Donald Trump tweeted this gem:

He did not, however, bring up the whole Rocky beats a Russian thing.

The Trump-Rocky photo is pretty typical maga bro shitposting, which involves men who absolutely do not fit the standards of masculinity they needlessly revere, upholding them through a kind of mass delusion about what the rest of us see when they look at them.

I don’t remember the Rocky where he ate nothing but McDonald’s and had to he secretly rushed to Walter Reed.

This is all wrong.

Rocky defeated Russia, while Trump continues to hand them victories.

Not at all normal. Not even close.

The real Donald Trump. That you would dare photoshop your tangerine pumpkin on the body of Sylvester Stallone is a colossal joke and the epitome of "FAKE NEWS". pic.twitter.com/AF4YChSYLM

What Trump sees Vs what the rest of us see

I see Merkel & Trump both posted to social media around the same time today.

The chancellor went with a clip from her talk on free speech in the digital age.

The president went with a photoshop of his head on the body of Rocky Balboa.

Not that anyone was asking, but I managed to make the Trump-as-Rocky photo worse pic.twitter.com/FjntxJjb8h

Is it just me or did this Trump Rocky photo make anyone else throw up in their mouth a little?

Hey, if the @GOP #MAGA cult has no problem believing @realDonaldTrump is the second coming of Jesus then believing he’s Rocky VI is a no-brainer for his no-brainer, fact-averse, dolts. https://t.co/56HQFJgBnO

Rocky? Really? 😂😂😂You're such a bellend.