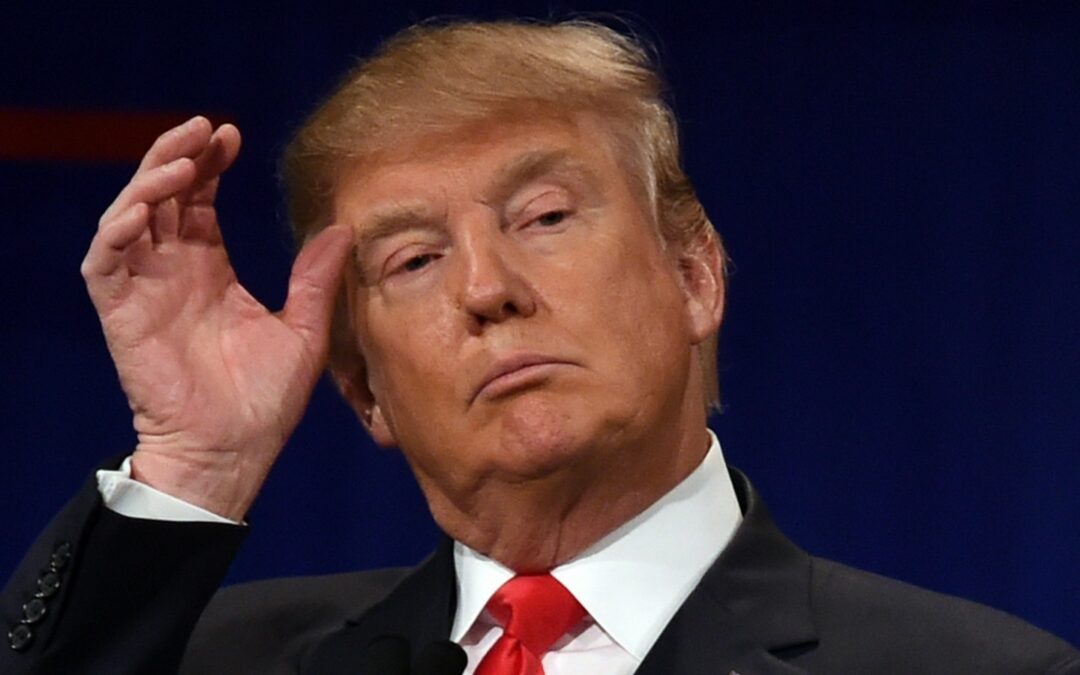 President Trump’s impromptu weekend visit to a doctor remained shrouded in secrecy today as he stayed away from the public eye and the White House dodged questions about his health.

Trump, 73, made an unscheduled trip to Walter Reed National Military Medical Center in Bethesda, Md., on Saturday, later saying on Twitter that he had begun “phase one” of his annual physical exam and that the results had been “very good.”

It is unusual for a president to do a physical exam in multiple stages months apart, and the circumstances surrounding Trump’s visit renewed questions about the status of his health and the White House’s handling of his medical information, according to several experts.

The White House would not say today whether Trump planned to release records from his visit or describe which tests he took.

In a statement Saturday, White House press secretary Stephanie Grisham said that Trump had undergone a “quick exam and labs” and that he “remains healthy and energetic without complaints.”

Grisham also said Trump had taken advantage of a “free weekend” in Washington to “begin portions of his routine annual physical exam.”

Two people who interacted with Trump late last week said that he seemed to be hoarse and have signs of a cold but that nothing serious seemed amiss.

But Trump also spoke for more than an hour Thursday at a political rally, the latest in a string of campaign events that the White House has pointed to as signs of his energy and vigor.

Today, he remained out of public view, holding his meetings behind closed doors.

He met with Federal Reserve Chair Jerome H. Powell inside the White House residence rather than the Oval Office.

A common cold would normally not be enough to prompt a visit to Walter Reed because the White House has adequate equipment and facilities to treat most minor illnesses and conduct routine tests.

More comprehensive testing can be performed at Walter Reed.

The White House Medical Unit has the ability to perform many medical procedures on-site, including most that can be done in outpatient settings, said Jennifer Peña, a doctor who served as Vice President Pence’s physician until May 2018.

“The most informative question to ask about the current situation is: What is available at Walter Reed that is not available in the West Wing medical unit?” said John Sotos, a cardiologist who has studied the health records of previous presidents.

Several medical experts have questioned why Trump would begin his annual physical in November, just nine months after his last exam, and not complete it until 2020.

Leaving a months-long gap between beginning and completing the exam is unusual and potentially counterproductive, said Sotos, who has served as a physician for the Air National Guard.

“When they complete the physical in six months, the information they got on Saturday would be six months old,” he said. “I haven’t seen such a thing by presidents in the recent past.”

There are other reasons Trump’s visit to Walter Reed was out of the ordinary.

During Trump’s previous medical examinations, the White House has announced the visit in advance, and the president has taken the presidential helicopter, Marine One.

On Saturday, Trump’s visit was not announced beforehand, and the president used a motorcade, which is equipped with an ambulance.

“That’s one of the unusual things about the whole situation,” Peña said. “Not just the mode of transportation but also, traditionally the physicals are announced and put on their public schedule. That’s why it doesn’t quite fit the profile.”

While there are other plausible explanations for the decision to forgo Marine One, the White House has not adequately communicated the circumstances around Trump’s visit, said Jonathan Wackrow, a former Secret Service agent.

“The way that this was messaged from the White House just was poor,” he said today.

Previous presidents have also faced scrutiny for a lack of transparency about their health.

President Grover Cleveland secretly had surgery on a yacht in the Potomac River to remove a tumor from his mouth, and President Franklin D. Roosevelt, who was diagnosed with polio, hid much of the effects of the disease from the public.

President John F. Kennedy kept his Addison’s disease a secret until after his inauguration.

Sen. Bernie Sanders (I-Vt.) faced criticism earlier this year after his campaign took several days to report that he had suffered a heart attack, initially describing his condition as a “myocardial infarction.”

During his campaign in 2016, Trump repeatedly brought up the health of his Democratic opponent, Hillary Clinton, describing her as not physically up to the task of being president.

When Clinton fell ill at memorial event in September 2016, Trump’s allies highlighted video showing her collapsing. Clinton’s campaign eventually disclosed that the candidate had suffered a bout of pneumonia.