CRUZ PICKS UP JEB! AND CLUB FOR GROWTH 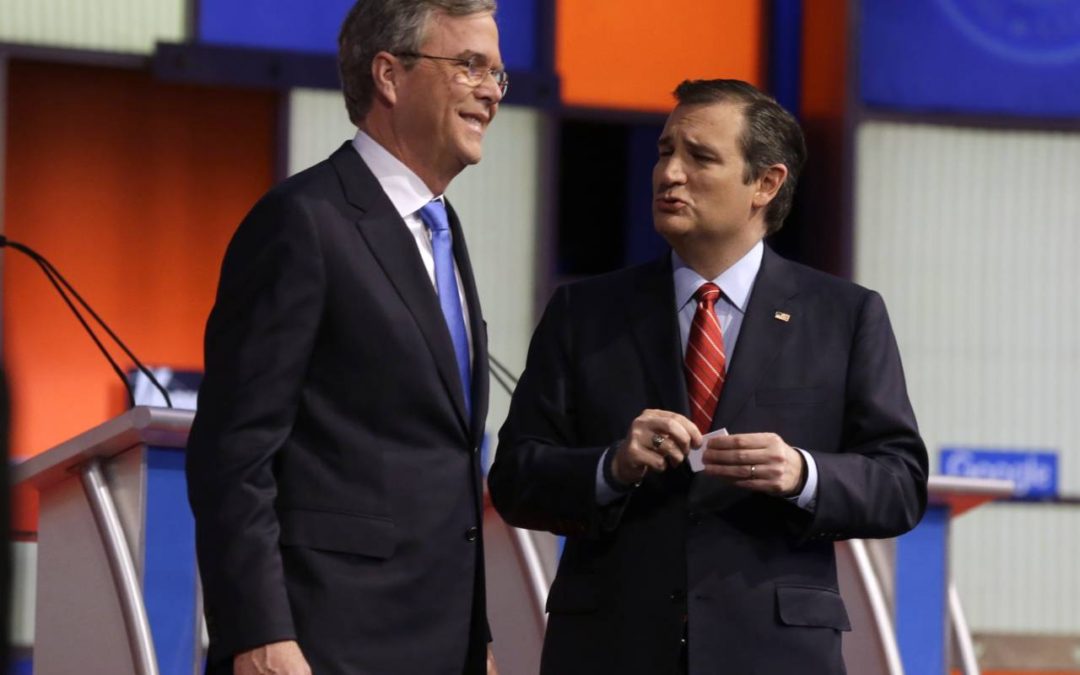 While Donald Trump basks in his endorsement by Scott Baio, Ted Cruz is picking up some needed political backing heading into an intense showdown in Wisconsin in two weeks.

The conservative Club for Growth today did what it never has – endorse a presidential candidate.

“Ted Cruz is the best free-market, pro-growth, limited-government candidate in the presidential race,” said Club for Growth President David McIntosh. “Their records make clear that Ted Cruz is a consistent conservative who will fight to shrink the federal footprint, while Donald Trump would seek to remake government in his desired image.”

Club for Growth has been dumping millions of dollars into an anti-Trump campaign.

While conservatives continue to jump on the Cruz bandwagon, establishment Republicans are too.

Jeb Bush, a once rival of Cruz, announced he was backing him today saying, “For the sake of our party and country, we must move to overcome the divisiveness and vulgarity Donald Trump has brought into the political arena.”

Trump responded, “I think having Jeb’s endorsement hurts Lyin’ Ted. Jeb spent more than $150,000,000 and got nothing. I spent a fraction of that and am first!”

The Wisconsin primary is coming up on April 5. Cruz plans to spend three days campaigning there and will pick up the endorsement of Gov. Scott Walker. It will be the only contest that day and a Cruz victory over Trump could give momentum to prevent the front-runner from clinching the GOP nomination before the convention.