GET JOHN KASICH A SANDWICH! 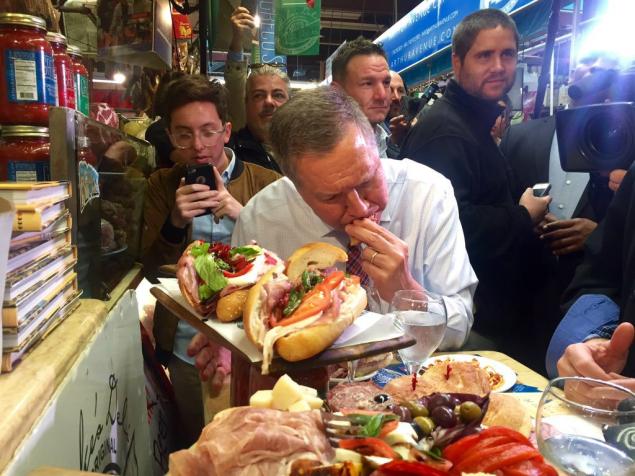 Just how hungry is Ohio Gov. John Kasich out on the campaign trail?

A picture is worth a thousand words.

While campaigning in the Bronx today, Kasich got a taste of the best the borough has to offer.

According to the New York Daily News, Kasich made an appearance at Mike’s Deli, a “neighborhood institution that is famous for its Italian delicacies.”

“How am I going to get my mouth around this?” Kasich asked.

To the picture above, where the pride of Ohio State figured it out.

The latest poll from New York finds Kasich running second behind Donald Trump and ahead of Ted Cruz. The primary is on April 19.