Is Paul Ryan An Option For The GOP In A Deadlocked Convention? 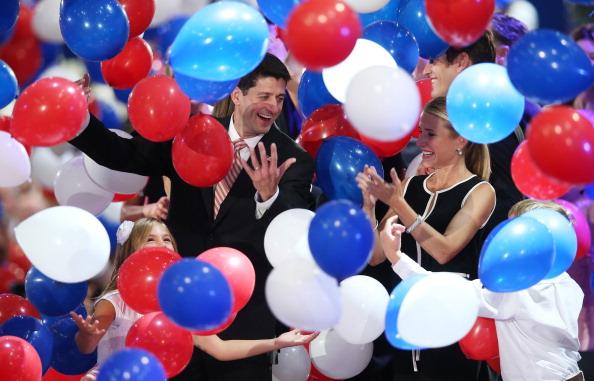 As I first suggested a month ago, Republicans still have time to get out from under the Donald Trump and Ted Cruz train wrecks if they want to avoid huge destruction come fall. Polls show Hillary Clinton beating both of them like a stick.

Trump plays terrible with about every segment of the voting population minus uneducated white men. But Cruz, the far-right evangelical freshman senator who shut the government down and has the charisma deficit of Michael Dukakis and Bob Dole combined, is even worse.

For a party that is due for the usual eight-years-and-out presidential victory, this is pretty awful stuff.

But the Republican Party is just an organization. The delegates who will meet in Cleveland in July are the shareholders. They know if these front-runners cannot hit 1,237 delegates on the first ballot, the question “how does the team win in November?” can be asked.

And this brings us to Paul Ryan. The man from Wisconsin (home of RNC chairman Reince Priebus) who was on the national GOP ticket four years ago and has some experience campaigning in battleground states.

Sure, he says he doesn’t want to be the Republican nominee. But wait, Ryan released this video today:

All of a sudden and out of the blue, right dead smack in the middle of this primary contest Ryan releases a campaign-style ad complaining about “politics these days.”

The tone, Ryan believes, is too bitter, too partisan, too divisive. A message every Independent voter in Ohio, Florida and Virginia wants to hear.

Ryan also tweeted this, encouraging debate on all sides.

Liberals & conservatives are going to disagree with one another. No problem. That’s what this is all about.https://t.co/GmKdRtQdWC

If this isn’t preparation for a dark horse run at the GOP convention, I don’t know what is.