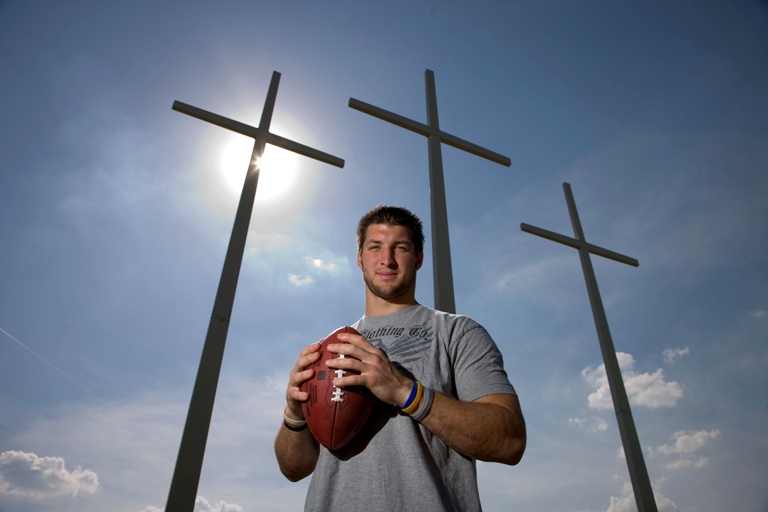 Just weeks after telling reporters he found the idea of running for political office “intriguing” Tim Tebow’s name is being circulated for an open congressional seat in Florida.

“The former NFL quarterback and Heisman Trophy winner is a perfect fit for Florida’s heavily Republican fourth district,” stated the website. “Not only is this district his home, he is uniquely qualified to be a Florida congressman.”

“In an elected body with 435 members, it’s almost impossible not to get lost in the crowd and have minimal impact. Tebow would never be lost in the crowd, and this would give him an opportunity to lead on issues he is already leading on in his life: fighting poverty, defending homeschoolers, and making traditional values cool again.”

Can’t argue with that.

Tebow is very religious, a Gator, and a former professional football player. What more could you ask for in a GOP district in upstate Florida?

Yes, there is that virgin thing. But it’s nothing a quick marriage to a former Miss Florida wouldn’t solve.

Tebow’s NFL career was over before it started and his recent broadcasting skills are good but not great. Politics may be a natural fit.

Does Tim Tebow have the ability to become the next Jack Kemp in conservative politics, with a knack for economics, public policy and a decency for all people? Or is he just another Sarah Palin clone talkin’ guns, Obama and Jesus?

Let’s hope for the former.

One thing is certain: Having nice-guy Tim Tebow in Congress wouldn’t be the worst thing in the world.