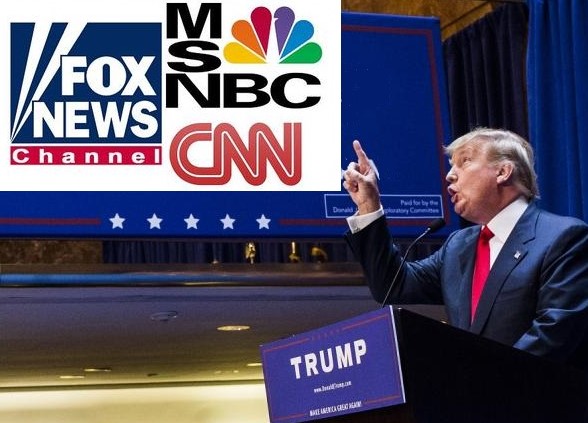 Don’t say Donald Trump never did anything for you. Especially if you’re in the cable news business.

For the first time since its birth in 1996, Fox News was the most-watched channel in the expansive cable television universe. Think of that.

A cable news station had more viewers than ESPN, with the NFL and college playoff games, or AMC which features one of my favorite shows The Walking Dead.

Why the sudden uptick?

The viewers complete fascination with a certain Donald. Not the duck, the Trump.

Watching him speak is like watching NASCAR. Sure you can claim you’re not waiting for the big wreck to happen, but c’mon, it’s why you watch.

All those primary debates and town halls have also been ratings juggernauts. And frankly no one has done them better than Fox.

But it’s not just the Republican cable news channel that has done well. The in-the-middle “breaking news with anything Trump” channel CNN has seen a huge uptick in viewers too.

Compared to this time last year, CNN is up 165 percent in prime-time total viewers and 143 percent in the core news demographic of adults ages 25 to 54. Not bad.