A Conservative Independent Is Coming 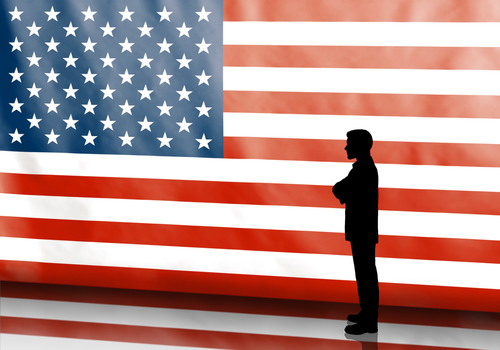 It’s no secret that longtime conservative writer and strategist Bill Kristol has been actively working to recruit a conservative alternative to Donald Trump to run as an independent candidate this fall.

Kristol, editor of Weekly Standard, is not alone. Former Republican presidential nominee Mitt Romney says he won’t vote for Trump and could put significant support behind the independent. So far over 100 conservative foreign policy experts have also announced they will not back the billionaire reality TV host.

Over the weekend, Kristol tweeted this:

Just a heads up over this holiday weekend: There will be an independent candidate–an impressive one, with a strong team and a real chance.

Speculation is heavy that former Oklahoma Senator Tom Coburn will be the candidate. Former Secretary of State Condoleezza Rice and retired Army Gen. Stanley A. McChrystal have also been mentioned.

GOP Senator Ben Sasse says he’ll back the conservative alternative: “I’m not an establishment Republican, and I will never support Hillary Clinton. I’m a movement conservative who was elected over the objections of the GOP establishment. My current answer for who I would support in a hypothetical matchup between Mr. Trump and Mrs. Clinton is: Neither of them. If Donald Trump is the GOP nominee, conservatives will need to find a third option.”

The news did not sit well with Trump who spent part of his Memorial Day weekend firing out these tweets:

Bill Kristol has been wrong for 2yrs-an embarrassed loser, but if the GOP can’t control their own, then they are not a party. Be tough, R’s!

If dummy Bill Kristol actually does get a spoiler to run as an Independent, say good bye to the Supreme Court!

America has finally caught on to .@BillKristol & .@MittRomney & other Democrats in disguise.

WE THE PEOPLE will NEVER forgive these crooks.

Trump is clearly feeling the pressure as he looks at the upcoming fight in battleground states. Over the weekend the Libertarian Party chose Gary Johnson and former Republican Governor Bill Weld as their ticket for the fall. Longtime Republican strategist Mary Matalin re-registered as a Libertarian earlier this month.

A combination of a stronger-than-usual Libertarian ticket, combined with a conservative alternative on the ballot in battleground states, could easily tip the election to Hillary Clinton. A conservative name on the ballot could also be a place where traditional-voting Republicans can privately vote for president if they believe Trump does not have the temperament or experience to lead the country.