Libertarians Out Of The Wilderness 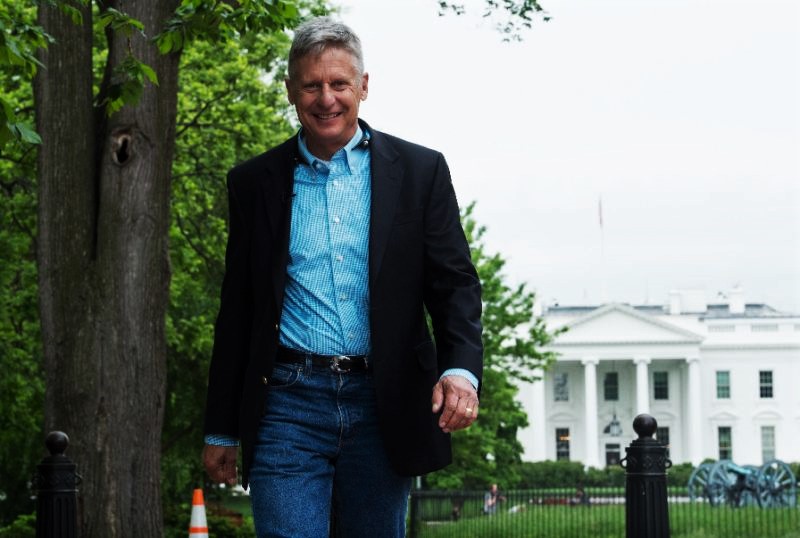 With two unbelievably unpopular major party presidential candidates, and voters telling pollsters they want more options, Libertarians have once again turned to former New Mexico Governor Gary Johnson to lead them out of the political wilderness and onto the fall debate stage.

Johnson defeated five challengers to win the Libertarian nod on Sunday. He was the party nominee four years ago receiving about one percent of the national vote.

Johnson stood firm, despite anger from some of the delegates, and chose former Massachusetts Governor Bill Weld as his running-mate. Weld, a moderate Republican, is expected to boost the seriousness of the Libertarian ticket with moderates in key battleground states.

Libertarians will be the only third party on the ballot in all 50 states this November. That makes Johnson a true national alternative to Donald Trump and Hillary Clinton. He is currently polling around ten percent of the vote, and has a lot of work to do to convince voters he’s a serious contender.

Johnson could be a particularly worrisome problem for Trump in battleground states like Florida and Ohio where the the “Never Trump” conservatives, led by the 2012 Republican nominee Mitt Romney, could privately back him and tip the state to Clinton.

After thanking the convention for their confidence, Johnson said he would be flying to New York to begin a round of media appearances on Monday.

Libertarian Gary Johnson will be the only third-party candidate on the ballot in all 50 states this November.