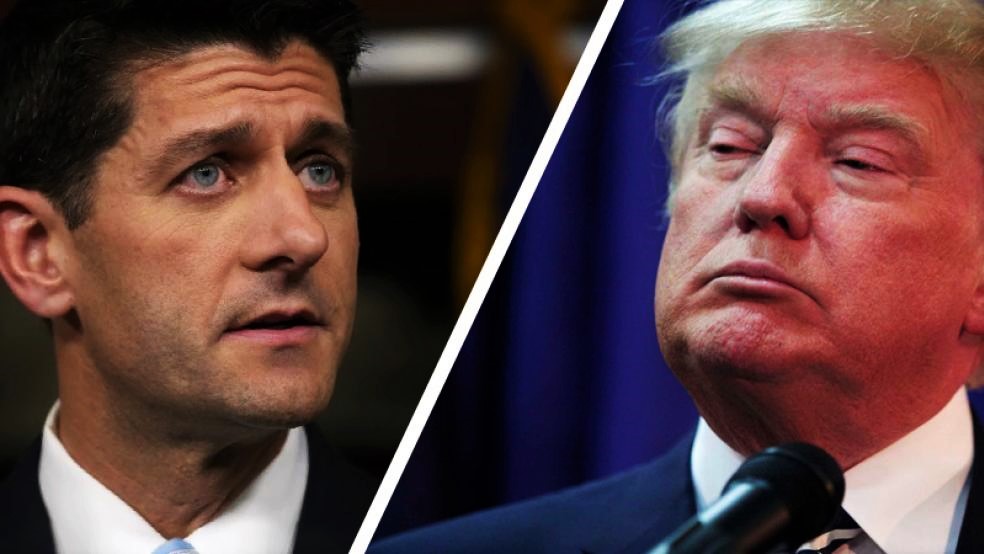 Donald Trump has Paul Ryan exactly where he wants him.

Ryan, the House Speaker and highest elected Republican in the nation, knows in his heart and gut that Trump is no true conservative. Trump has made it clear he’ll raise taxes when it works in a deal. The New Yorker, who has donated tens of thousands of dollars to Democrats, believes in healthcare for all. He wants “clarification language” in the GOP’s anti-abortion position. And on foreign policy? He says the last neo-conservative president, George W. Bush, should have been impeached for taking us into war in Iraq.

Moderates are (at least privately) jumping for joy. After decades in the wilderness they are on the verge of having some strong footing within a party that has drifted further and further to the right.

Ryan, who was on the GOP ticket four years ago, can clearly see how Trump is altering the Republican Party and moving it to the center. But Ryan has no leverage because he is something Trump is not: A politician. A man who has been on the government payroll his entire adult life, with no intention of ever going off of it.

So while Ryan has followed his heart and gut and been hesitant to back Trump, the fact is he has to. He has no other choice. Any conviction he may have about Trump (see Mitt Romney) is overridden by the reality that Sarah Palin is already campaigning for his primary opponent back home. To take on Trump is way too risky for his future presidential ambitions.

In the end, Ryan will chair the upcoming Republican National Convention. He will sing Trump’s praises and campaign for him this fall. And he will do it with a smile only a professional politician can muster.

In his first major showdown with Congress, Donald Trump has just won a decisive victory.