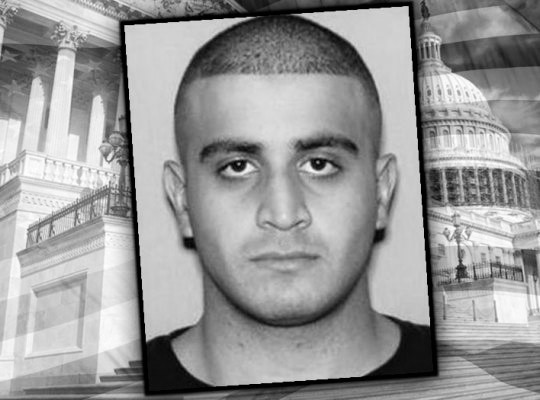 The Orlando mass murderer wanted the world to believe he was part of the ISIS terrorist network. A bad ass just like the Boston Marathon bombers. He even called 9-1-1 during his rampage to let law enforcement know of his allegiance to the group.

But in reality, a more complex picture of Omar Mateen is emerging. One of a young man who struggled with his sexual orientation, turned to his religion to deny it, and in the end developed so much hate he walked into a gay club he had frequented regularly and killed 49 people.

“I believe he was gay, we went to a few gay bars with him, and I declined his offer for a relationship,” a former classmate of Mateen’s told the Palm Beach Post. “He just wanted to fit in and no one liked him. He was always socially awkward.”

The classmate said that he, Mateen and other classmates would hang out, sometimes going to gay nightclubs, after classes at the Indian River Community College police academy.

Omar Mateen was a regular at a gay club and belonged to a gay dating site.

This follows a report from the Los Angeles Times that Mateen had been a regular at Pulse nightclub in Orlando, twice a month for over three years, before the rampage.

“He didn’t seem homophobic to me,” Chris Callen, a performer at the club, told ABC News. “He seemed really warm. I don’t get the terrorist part of it.”

A frequent visitor at Pulse, James Van Horn, added: “He would try to meet people and try to bump up against people and put his arm around and maybe try to dance with them or something, because that’s what everybody tries to do.”

He also had a profile on the gay dating app Jack’d. Kevin West said he had messaged Mateen back and forth for over a year and saw him crossing the street about 1 a.m. Sunday.

The FBI has confirmed they are hearing accounts of  Mateen’s presence at gay clubs going back years.

According to the National Counterterrorism Center, the cases in which repressed homosexuality has been linked to extremism have been an interest for counter-terrorism officials for years. A CIA report from 2011 found some young men who converted to Islam, and later became radicals, did so because the strict religious structure offered “a hope of banishing their impulses and fantasies that they did not view as acceptable.”

Mateen was not the typical bearded face of an ISIS fighter.

Mateen, in fact, never grew a beard which is typical of radical jihadist radicals. Instead he was posting shirtless selfies on his social media accounts.

Imam Syed Shafeeq Rahman says Mateen had worshiped in a tiny mosque for years. He claims it is not a radicalized one, and that he has spoken out against extremist groups like ISIS in the 11 years he has led the congregation. He is skeptical of Mateen’s actual ties to the terrorist organization, and says he may have made the statement for publicity.

“This is a coincidence. There is no teaching given about extremism in this mosque,” Rahman told WPTV. “There is nothing coming in the sermon or the speeches. The mosque did not radicalize him. If something radicalized him, it might be the Internet.”

Mateen was married twice. His ex-wife, Sitora Yusufiy, described a brief but violent relationship to a mentally ill man whom she was only able to escape from through her family’s help. She said he was physically abusive and a steroid abuser.

“I started noticing his emotional instability,” said Yusufiy. “He would express his anger towards homosexuality, because in Islamic culture, it is really not tolerated, homosexuality, and I know at the time he was trying to get his life straight and follow his faith. I guess that created some confusion between that, and there was definitely moments that he would express his intolerance to homosexuals. He was confused.”

Mateen was a former security guard who regularly posted selfies.

Yusufiy said “I don’t know” when asked whether her former husband was gay.

Mateen had remarried a woman named Noor Salman, with whom he apparently had a son. The New York Daily News suggests she was aware of his plans to attack the Orlando nightclub and could be charged.

Mateen’s father, Seddique Mateen, claimed his son became enraged by seeing gay men in Miami kissing in front of his family a few months ago. He said the incident may have made his son snap.

Jerrold Post, a longtime former psychologist with the CIA, asks, “Is this an expression of radical Islam? Or does it have to do with the conflicted feelings about homosexuality? That’s an unnecessary separation. One can be, on the one hand, fighting against the perhaps inner attraction of homosexuality, and at the same time honoring the act by saying he was a radical Islamist. It doesn’t have to be one or the other.”

How deeply Mateen believed in radical jihadism is unknown, but it is clear that homophobia is the central part of this crime.