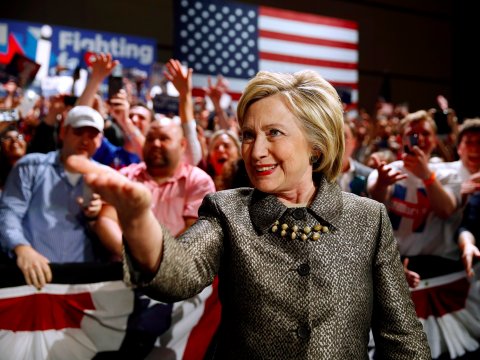 Four years ago, while Republicans were recovering from a bruising primary fight, the Obama campaign unleashed a month long television blitz in battleground states to define Mitt Romney as a man out of touch with the American people. That early attack was later credited with Obama’s win in those key states.

The Clinton campaign says part of the ad buy will attempt to reintroduce her to voters. Other ads will hit Trump much harder.

Virginia was once a dependable Republican state but has been made competitive in the Obama era. Ohio has not gone with a losing presidential candidate since 1960. No Republican has ever reached 270 electoral votes without it.

Like Romney in 2012, the Trump camp is not expected to match the Clinton buy in battleground states. Trump is raising campaign cash this month in traditionally red states.